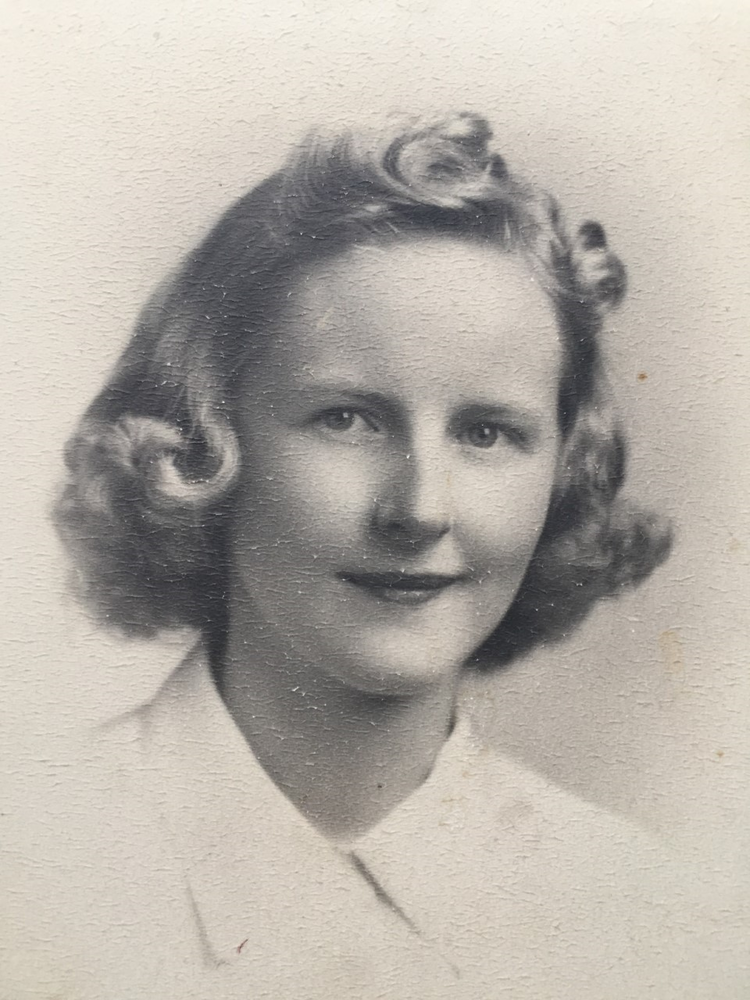 Please share a memory of Ruth to include in a keepsake book for family and friends.
View Tribute Book

Ruth Duff Eager, age 100 and a longtime resident of Montclair NJ, passed away at home on September 7, 2020. In accordance with her wishes, there will not be any services except for immediate family members. Interment will be at Mount Hebron Cemetery, Upper Montclair NJ.

Ruth Marilyn Duff Eager was born in Brooklyn, NY on September 23, 1919 and moved to Montclair with her family in 1923. She was a 1937 graduate of The Kimberly School in Montclair, and a 1941 graduate of Hood College, Frederick MD, with a Bachelor of Arts in English. Following graduation, she worked for Reynolds & Co., a member of the N.Y. Stock Exchange, in the company’s Montclair office from 1942-1945. In October 1945 she married the love of her life Lt. Colonel George Sidney Eager, Jr who had recently returned from 3 years of active military service in Africa, Italy, and Germany. Together they had three sons who they dearly adored.

In 1959 she began a long career in volunteerism for Mountainside Hospital in Montclair, contributing 47 years and over 23,000 hours of service. She performed many volunteer functions, and in 1969 became President of the Auxiliary serving for 12 consecutive years. She also served as a member of the Board of Trustees. During her tenure, she was honored with numerous accolades including Woman of Achievement Award by the YWCA of Essex and West Hudson; Health and Human Services Advisory Award by the Township of Montclair; Distinguished Alumna Award by Hood College; Health and Citizen Award by Associated Physicians of Montclair and vicinity; Florence F. Schumann Award; and Mountainside Hospital Lifetime Achievement Award.

Ruth was a life member of The Mountainside Hospital Auxiliary, a former member of the Upper Montclair Women’s Club, a member of Montclair Golf Club for over 40 years, served as the Hospital Auxiliary liaison with the Montclair Volunteer Ambulance from 1981-1983, and was an 80-year member of the First Congregational Church in Montclair, NJ. She and her husband loved to travel, and often included their children when they were growing up. She enjoyed listening to music and attending Broadway plays, and had a special affection for dogs, having owned four and always making them part of her family. She continued to contribute to animal welfare organizations throughout her lifetime. She took great pride in her home inside and out. One of her favorite activities was working outside in her yard to make certain all was well kept. She was an outstanding mother and wife to those she nurtured and cherished during her lifetime.

She was predeceased by her parents, Walter and Ethel Duff and her loving and adored husband George of 66 years who passed away in 2012. She is survived by her three sons Robert of Peosta, IA (wife Rosemary), John of Scottsdale , AZ (wife Averil), and George III (Bud) of Hamilton, NY (wife Kate); five grandchildren Christopher, Jonathan, Leah, Jennifer and Barbara; and seven great grandchildren Laurel, Olivia, Alice, Lucille, Reid, Cameron, and Jack. All who knew her will remember her with much affection. Online condolences may be left for the family at www.moriartyfuneralhome.com. In lieu of flowers, contributions may be sent in her name to The Seeing Eye Inc., PO Box 375, Morristown, NJ 07963-0375 or Canine Companions for Independence, 286 Middle Island Rd, Medford, NY 11753.

To plant a beautiful memorial tree in memory of Ruth Eager, please visit our Tree Store

A Memorial Tree was planted for Ruth
We are deeply sorry for your loss ~ the staff at Hugh M. Moriarty Funeral Home
Join in honoring their life - plant a memorial tree
Online Memory & Photo Sharing Event
Online Event
About this Event

Look inside to read what others have shared
Family and friends are coming together online to create a special keepsake. Every memory left on the online obituary will be automatically included in this book.
View Tribute Book
Services for Ruth Eager
There are no events scheduled. You can still show your support by planting a tree in memory of Ruth Eager.
Plant a tree in memory of Ruth

Share Your Memory of
Ruth
Upload Your Memory View All Memories
Be the first to upload a memory!
Share A Memory
Plant a Tree