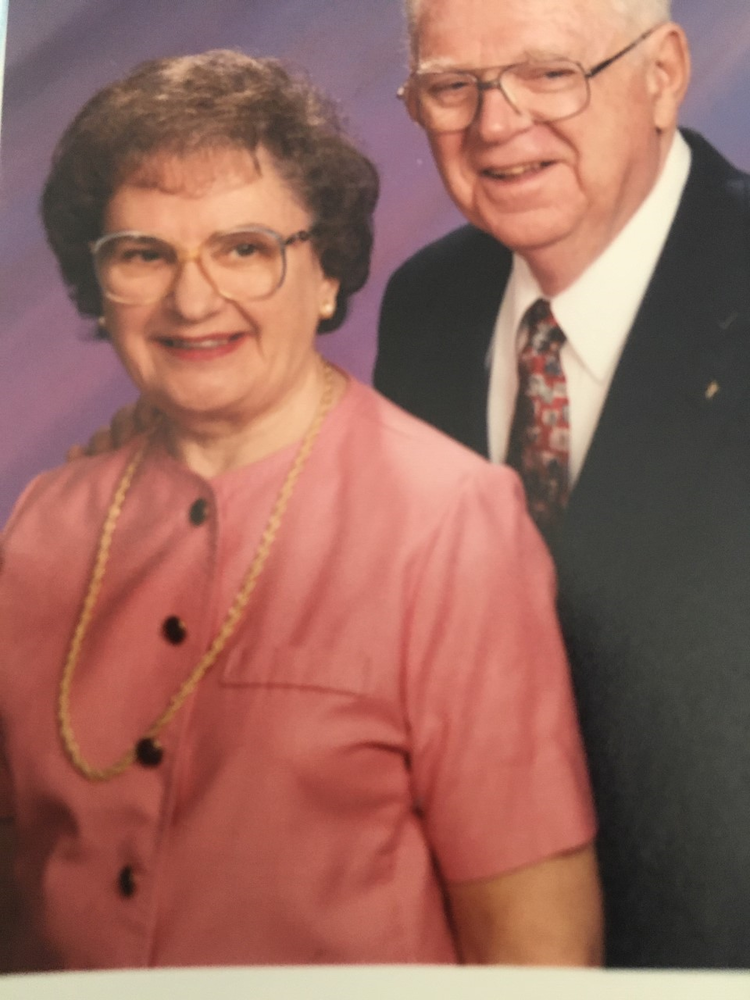 Please share a memory of Doreen to include in a keepsake book for family and friends.
View Tribute Book

Passed away on April 14, 2020 in West Orange, NJ. She was born in London, England in 1925 to Albert and Elsie Vincent, and grew up in Ilford, an eastern district. During World War II her neighborhood was frequently bombed and was the last one to be hit by a V-2 targeting London in March 1945. During the war she worked for Cable & Wireless in Temple Place. She met her future American husband, Tom, at a dance during a December 1944 air raid, hours before he shipped out to the Belgian front during the Battle of the Bulge. They renewed their relationship in the summer of 1945, whilst he was training as an MP for the Pacific theatre prior to the Japanese surrender. Subsequent to his return to the States they continually corresponded, and Tom’s family provided hers with precious food parcels through 1954, as the British post-war years were difficult with rationing. In 1947, their separate letters proposing a union simultaneously crossed the Atlantic, and they married and honeymooned in England that September. They initially lived with Tom’s family in Jersey City, and shortly thereafter started their family in Montclair.

Doreen converted to Catholicism in the early years of their marriage, and was unselfish and devoted to her family. She gave herself to St. Cassian parish, volunteered in Newark’s Mother Teresa Kitchen, and supported Tom in his Deaconate services, occasionally helping him draft his many homilies, and performed other charitable activities. She enjoyed storytelling, playing bridge, the environs of Budd Lake, Deer Lake and the Jersey shore, knitting, traveling - especially visiting her English family, gardening, walking, seeing her grandchildren, her times with loving caregivers, and visits by her children. This time of year she would be anticipating walks in the Presby Iris Gardens and viewing the tree blossoms of Brookdale Park. She was one of the last survivors of that great post-war generation of St. Cassian’s. Those that met her saw the face of God; those that cherished her saw His loving light and everlasting truth.

She was predeceased by her husband, Thomas Nilan, of 63 years, and her dearest son Kevin, her parents( Albert&Elsie), her brothers, Frankie and George, sisters, Phyllis and Elsie. She was the mother of Eileen Streiter (Edward), Thomas Nilan, Jr. (Kathleen), John Nilan (Kathy), Kevin Nilan, Jeanne Michalov (Daniel), Mary Degnan (Timothy), Peter Nilan (Joan), and Joseph Nilan (Pamela). She had 16 grandchildren and 9 great grandchildren. She is also survived by her sister, Eileen Newton, sister-in-law, Marie Vincent, and many nieces and nephews in England.

In memory of Doreen, donations can be made to St. Cassian Church, 187 Bellevue Ave., Upper Montclair, NJ 07043. A memorial mass will be offered at Saint Cassian Church at a future date.

To plant a beautiful memorial tree in memory of Doreen Nilan, please visit our Tree Store

A Memorial Tree was planted for Doreen
We are deeply sorry for your loss ~ the staff at Hugh M. Moriarty Funeral Home
Join in honoring their life - plant a memorial tree
Online Memory & Photo Sharing Event
Online Event
About this Event

Look inside to read what others have shared
Family and friends are coming together online to create a special keepsake. Every memory left on the online obituary will be automatically included in this book.
View Tribute Book
Services for Doreen Nilan
There are no events scheduled. You can still show your support by planting a tree in memory of Doreen Nilan.
Plant a tree in memory of Doreen

Share Your Memory of
Doreen
Upload Your Memory View All Memories
Be the first to upload a memory!
Share A Memory
Plant a Tree