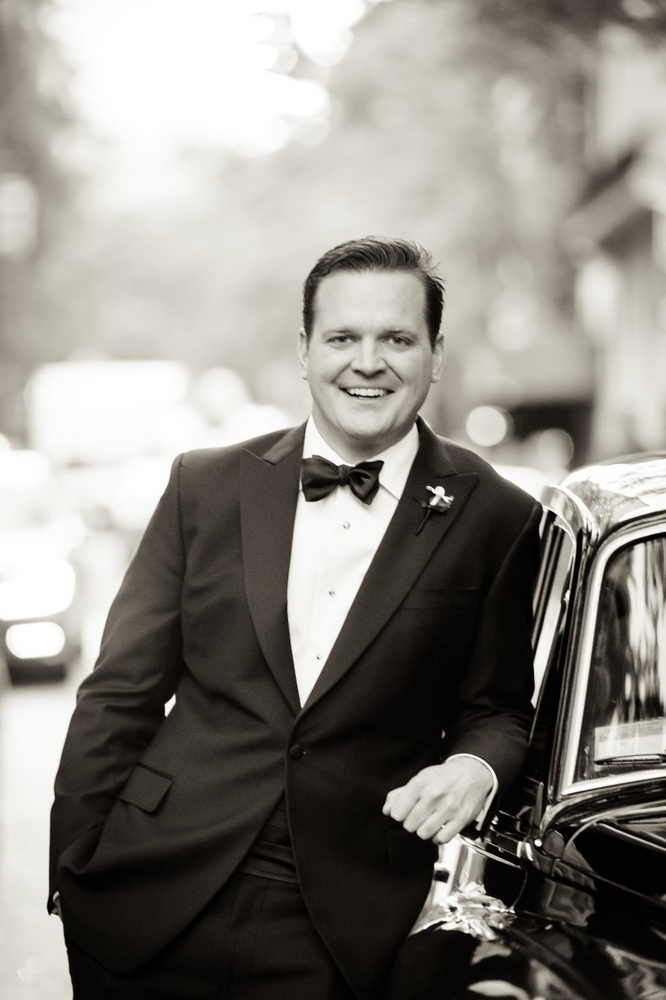 Please share a memory of Doug to include in a keepsake book for family and friends.
View Tribute Book

Below is the Zoom link for the service:

John Douglas “Doug” Perkowski, 44, passed away on Sunday, January 15, 2023, in his home in Montclair, New Jersey. An adoring father and loving husband, Doug was best known for his unfailing sense of humor, infectious laugh, epic wedding poems and impossibly big heart. Doug is survived by his wife, Caroline, and his daughter, Charlotte, as well as his mother, Mary Brophy, his father, Jack Perkowski, his step-mother, Carleen Giacalone Perkowski, and his sisters, Sara Cusimano and Libby Perkowski. He leaves behind an extended family of in-laws, cousins, uncles, aunts, nieces and nephews, as well as a tight knit community of friends and countless others on whom he left a lasting impression. Doug will be missed dearly by all who knew him.

Doug was born on August 17, 1978 in Whitehouse, New Jersey. He grew up in New York City, attended The Buckley School, and enjoyed weekends of mischief with his cousins, DJ and Brian, that involved crafting potato cannons and sneaking out to play video games at the local 7-Eleven. Doug attended high school at Phillips Academy in Andover, Massachusetts, where he studied Mandarin Chinese and played center on the varsity football team, a team that was undefeated and won the Prep Bowl Championships his senior year. Always up for a challenge and eager to hone his language skills, Doug spent the summer of 1995 in Beijing and backpacked solo across China in a trip that culminated in a thirty-two-hour “hard seat” train ride from Beijing to Urumqi.

Doug went on to major in East Asian Studies at Yale University, where he also studied electrical engineering, materials science, math and physics. Upon graduating in 2000, he decided to focus his career on computer science and, excited about the potential for 3D avatars in a virtual world, he co-founded a facial animation company in North Carolina’s Research Triangle. He lived in Durham for ten years before moving back up north to Ocean Grove, New Jersey to be closer to family. In 2013, Doug reconnected with Caroline, an old family friend, and in 2015 they married. Two years later, they welcomed their daughter, Charlotte, and in 2019, the family settled in Montclair.

Friends and family will remember Doug most for his love of the outdoors, easygoing nature, enduring practicality and utter selflessness. Whether a situation called for sage counsel, physical strength or a good laugh, you could always count on “Uncle Doug'' to offer an empathetic ear, a helping hand or, if necessary, a healthy dose of lighthearted teasing to keep things in perspective. He loved surfing on the Jersey Shore; operating the backhoe on his father’s farm; tending to a crackling fire; kicking his feet up with a porch drink; making children laugh with his impersonation of Donald Duck; and composing witty songs on the guitar. However, nothing brought Doug more joy than spending time with his family. His fierce love for them -- and theirs for him -- carried him through his three-year battle against cancer, which he fought valiantly and with great humor and stoicism. No matter the circumstance, Doug’s light would shine bright whenever Charlotte entered the room, right up until the very end.

All are welcome to celebrate Doug’s life on Saturday, January 28 at 11:00 am at St. James’ Church, located at 581 Valley Road in Upper Montclair. The service will be family friendly, and colorful attire is requested. Those unable to be there in person can attend via Zoom (link forthcoming). In lieu of flowers, please consider a donation to the Bladder Cancer Advocacy Network (https://bcan.org/). Alternatively, friends of Doug have set up a GoFundMe in his memory (https://gofund.me/c6edb8bf).

Share Your Memory of
Doug
Upload Your Memory View All Memories
Be the first to upload a memory!
Share A Memory