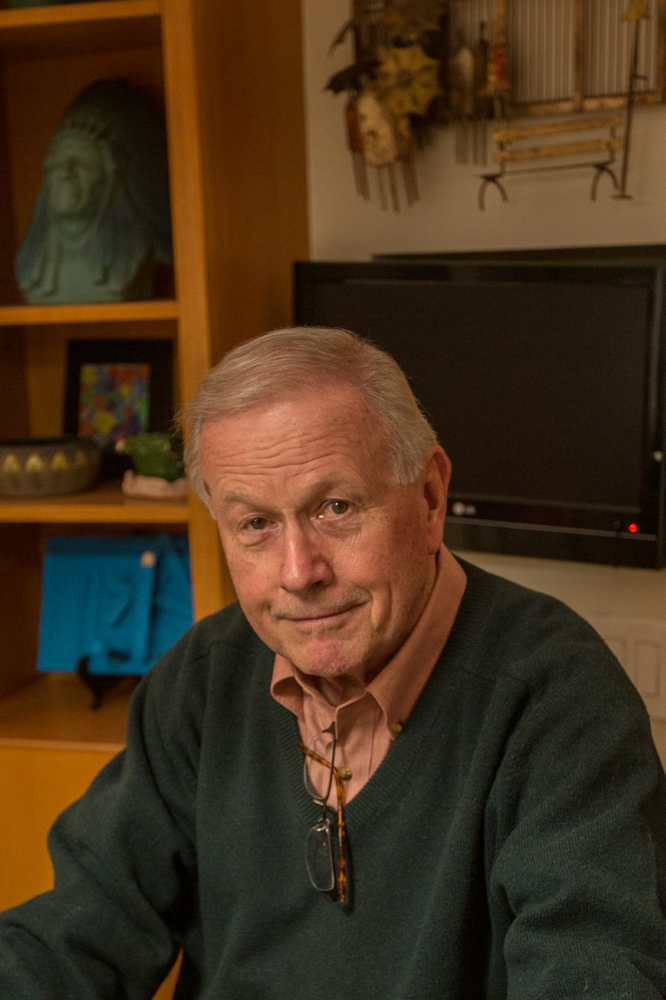 John Herbert Wood, 86, a longtime resident of Upper Montclair, NJ — and a part-time resident of the Berkshires—went on to be with the Lord surrounded by his family on Saturday, August 20, 2022. Jack was born on June 5, 1936, in Newark, NJ; son of the late Herbert and Madelyn (Cassidy) Wood. He attended Good Counsel high school where he was all state in basketball. The Newark Star Ledger would later name him as one of the top 100 high school basketball players in the history of Newark. He attended Georgetown University on a basketball scholarship and graduated in 1958. He received his law degree from Georgetown University Law Center in 1961 and enlisted in the U.S. Air Force where he served in the Judge Advocate General, and never lost a case.

On September 22, 1962, he married Mary Barry in her hometown of Winthrop, MA. Their first son, John, was born the following year. After leaving the Air Force, the family relocated to Falls Church, VA, where their middle two sons, Chris and Nick, would be born. In 1970, Jack returned with his family to his native New Jersey, settling in Upper Montclair, where their youngest son, Emmett, would be born.

Jack enjoyed a successful career in legal and public affairs for several pharmaceutical companies. In 1994, Jack and Mary bought a second home in the Berkshires, where he proudly served on the boards of the Chesterwood Museum and the Alford Land Trust. He later opened the Berkshire Art Gallery making the two-and-a-half hour drive most weekends for 25 years.

Jack’s eye for fine art was impeccable. He was an inveterate auction and house sale prospector. He would walk into a house sale and take the most undervalued paintings off the wall. Later, over a glass of wine, he would relish in retelling the stories of his “steals.” He loved to garden, and did constant battle with the great blue herons, who attempted to feast on the fish from the pond at his home in the Berkshires. He proudly chaired the Montclair Civil Rights Commission.

He loved the annual family trip down the shore to Strathmere with his sons and their families. Jack was a member of St. Cassian’s parish in Upper Montclair whose church league basketball team he would coach and lead to the championship (and break a few clipboards in the process). He was a proud member of the Sons of the American Revolution—and is believed to have been a direct descendant of King Richard, the Lionheart.

Above all other things, Jack was devoted to his beloved, Mary. For 60 years, they sat by countless fires, watched their children’s and grandchildren’s sporting events, explored auctions together, and much to Mary’s chagrin, listened to classical music. His children and grandchildren will miss his smile that seemed to indicate an inside-joke only he was privy to, and celebrate his well lived life.

In addition to Mary, he is survived by their four sons, John B. Wood, Sr. (Jessica) of Great Falls, VA, Christopher Wood (Betsy) of Washington, DC, Nicholas Wood (Christi) of Rye, NY, and Emmett Wood (Kara) of Little Silver, NJ; thirteen grandchildren, ages 7 to 23; three generations of nieces and nephews; longtime friend, housekeeper, and caregiver, Doreen Haughton; and more recent caregiver, Michael Kwakye, who Jack lovingly referred to as “his security guard.” He was preceded by his sister, Joan McEnaney; her husband, Tom; and a nephew, also Tom.

Calling hours will be held on Thursday August 25 at the Moriarty Funeral Home between 3-7pm.  A mass of Christian burial will be held at St. Cassian’s Church on Friday August 26 at 10am.  Interment will follow at Immaculate Conception Cemetery.  In lieu of flowers, donations can be made to Children’s National Hospital https://giving.childrensnational.org/site/Donation2?df_id=11925&mfc_pref=T&11925.donation=form1&amount=35

To send flowers to the family or plant a tree in memory of John Wood, please visit Tribute Store
Thursday
25
August

Share Your Memory of
John
Upload Your Memory View All Memories
Be the first to upload a memory!
Share A Memory
Send Flowers
Plant a Tree