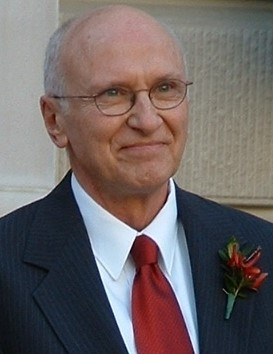 Please share a memory of Roger to include in a keepsake book for family and friends.
View Tribute Book

Roger Karl West, 84, of Montclair NJ, passed away on July 30th at his home in Montclair.

Visitation will be held at The Hugh M. Moriarty Funeral Home, 76 Park St Montclair on Thursday, August 4 from 5:00 to 7:00 pm. Burial will follow with a private service in Vestal, NY.

Roger was born in Binghamton NY to Karl and Mary (Cook) West on June 1st 1938 and was the first of three children. He went to Cornell University, earning a PhD in Chemical Engineering. At Cornell, he played clarinet in the band, where he met his wife, Mary Lou. He worked as a research engineer at Exxon for over 30 years, eventually transitioning to a new career in patent searching. He received Patent of the Year at Exxon for his work on polymer additives for engine oil, was inducted into the NJ Inventors Hall of Fame in 1998, and was named a Hero of Chemistry by the American Chemical Society.

He enjoyed singing with several choirs, particularly Schola Cantorum on Hudson (now called Ember). He loved learning other languages including learning Russian in college, became fluent in French, and even starting learning Mandarin in his 70s. He enjoyed camping, traveling and reading science fiction. He was a great husband, father, grandfather and friend.

Roger is survived by his wife Mary Lou, son David, daughter Sharon, and his four grandchildren: Aurora, Selena, Ezra, and Alden. He is preceded in death by his sister Margaret and his brother Frank.

Memorial donations may be made to Ember Choral Arts (emberarts.org).

To send flowers to the family or plant a tree in memory of Roger West, please visit Tribute Store
Thursday
4
August

Share Your Memory of
Roger
Upload Your Memory View All Memories
Be the first to upload a memory!
Share A Memory
Send Flowers
Plant a Tree