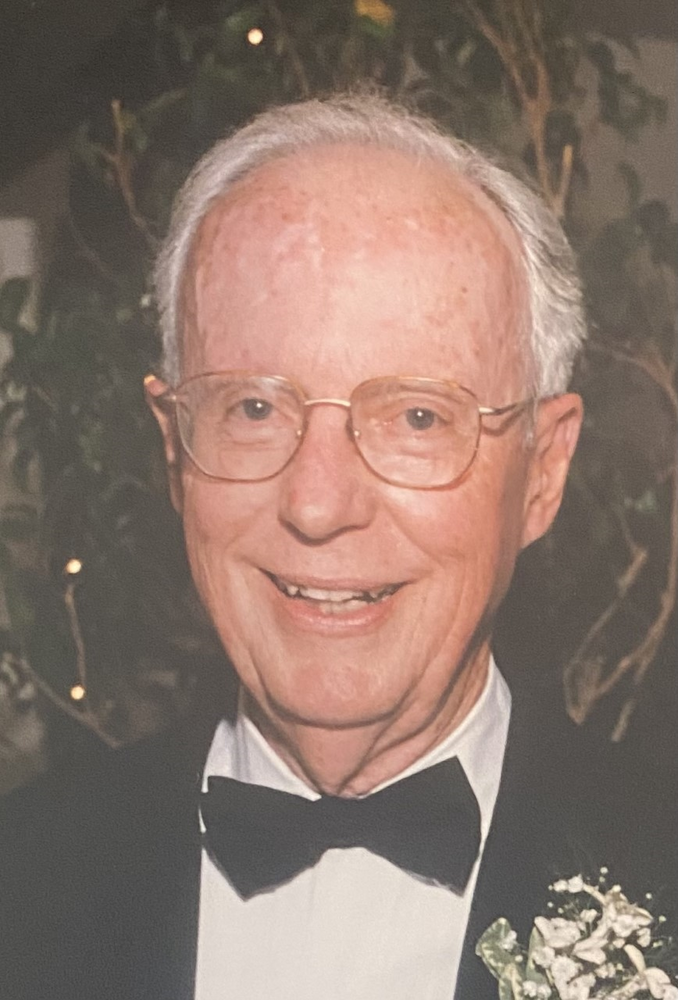 Please share a memory of Walter to include in a keepsake book for family and friends.
View Tribute Book

Walter Patrick O’Brien, 95, a lifelong resident of Montclair, NJ, died on January 14, 2022. Embracing so many of the qualities of the Greatest Generation, he lived a resilient life, filled with dedication to his family, his faith, and his community.

Walter was predeceased by his beloved wife, Milly (Sharkey), of 62 years. He is survived by their seven children, Elizabeth and her husband Robert Flanagan of Bethesda, MD; Walter P. O’Brien, Jr. and his wife Linda Jaye Molee of Freehold, NJ; Gerard and his wife Melinda of Easton, CT; Sheila and her husband Peter Flanagan of Chevy Chase, MD; Paul and his wife Mary of Madison, NJ; Marie Seton of Manhattan, NY; Sarah and her husband Jeff Boyd of Wilmette, IL; as well as 17 grandchildren and one great-grandson. Additionally, he is survived by his brother James and his wife Peggie, and many caring and wonderful nieces and nephews. He was predeceased by his sister Rosemary McCormack and his brother Alfred.

The son of Irish immigrants, Walter was born September 1,1926 and attended Immaculate Conception grammar and high school graduating in 1943, followed by a post-graduate year playing basketball at Montclair Academy. After high school, he enlisted in the Army and served in post WWII Naples, before earning a Bachelor of Science degree at Seton Hall University on the GI Bill.

Walter built a successful career on Wall Street as an underwriter of municipal bonds, spending most of his career at Dean Witter Reynolds and PaineWebber & Co. before retiring in the early 1990’s. He loved commuting on the early train from the Upper Montclair station, working in downtown Manhattan, and his standing lunch on Fridays with friends at Harry’s at Hanover Square. He always made time for his family, attending his children’s sports and school activities, and many parents’ weekends at numerous colleges.

Growing up in Montclair, Walter spent many hours playing basketball at the YMCA, where he forged lifelong friendships. He was also a diehard fan of the New York Football Giants, the Jersey Shore, and peach ice cream, especially from Applegate’s. Walter was an avid reader of several daily newspapers until the very end, but also adapted to checking stock prices and checking in with his family on his iPhone. He was practical, modest, and set a strong example of integrity and faith for his extended family.

Walter and Milly both treasured warm and close relationships with their siblings. In retirement, they were fortunate to enjoy many years together traveling, spending time with their children and grandchildren, playing tennis at Glenn Ridge Country Club, and supporting their church and community in many ways. They were active members of St. Cassian Parish and appreciated the strong community of friendship and support it provided over the decades.

After 54 years, Dryden Road in Montclair won’t be the same without Walter, who will be sorely missed by his loving family.

In Lieu of flowers, donations may be made in his name to Saint Cassian Catholic Church or the Alzheimer's Association (in honor of Milly O'Brien), Illinois Chapter, 8430 West Bryn Mawr Avenue, Suite 800, Chicago, IL 60631.  Attention:  The Longest Day - Sarah O'Brien.

To send flowers to the family or plant a tree in memory of Walter O'Brien, please visit Tribute Store
Friday
21
January

Share Your Memory of
Walter
Upload Your Memory View All Memories
Be the first to upload a memory!
Share A Memory
Send Flowers
Plant a Tree