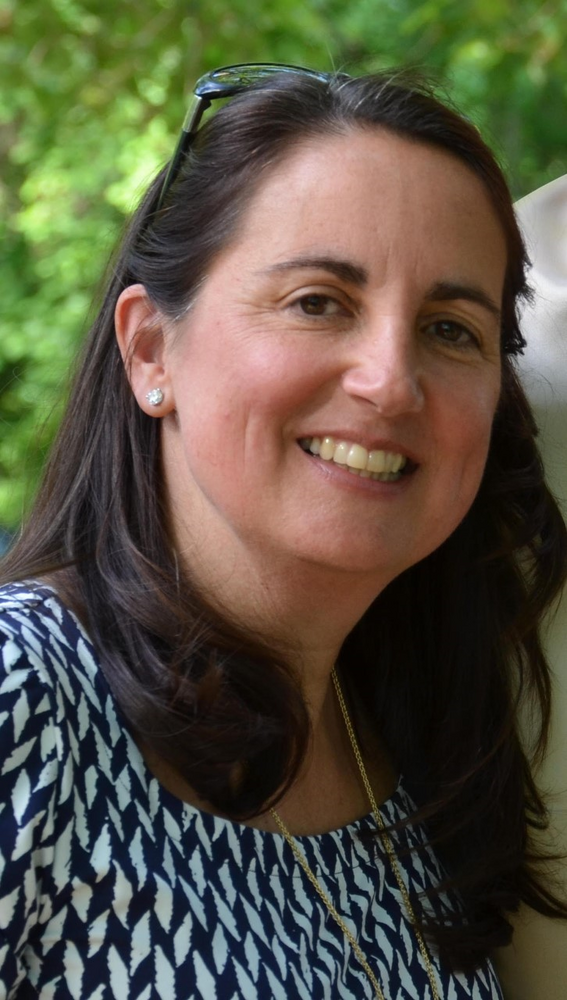 Please share a memory of Mary to include in a keepsake book for family and friends.
View Tribute Book

Mary L. Johnson, 61, of Montclair, NJ and Nantucket, MA passed unexpectedly in her sleep from heart complications on December 15, 2021. She was vigorous and active up until her untimely death. Her funeral service was held on December 18th.

Mary was born on March 22, 1960 in Oklahoma City, Oklahoma. She moved to Dallas, Texas in sixth grade. She graduated from Southern Methodist University in Dallas in 1983 with a BS in Mechanical Engineering. She practiced engineering from 1984-1988 in the workplace, and for the rest of her life in the home.

Mary wed Michael V. Johnson on April 9, 1983. They were joyously married for nearly 38 years. They lived in Dallas until 1989, when they moved to Montclair, NJ. She was a summer resident of Nantucket, Massachusetts for 25 years, where she exclaimed her delight for each and every beautiful sunset, saying “Go God.” Mary was very active in her community and church. She was a natural caregiver who is well known for her passionate care of many friends and acquaintances.

Mary was involved in giving her whole life. She participated in many charitable organizations, including as an Elder and Deacon of her Church, President of the Junior League of Montclair and a leader of Spiritual Heritage Nantucket. But her real charity was the gifted and tenacious help of any friend in need. Mary was a woman of profound faith; she sensed when people needed help, and helped them herself. From waking up at 5:00 am to drive a friend into the city for dozens of chemo treatments, to delivering a meal to someone with an upsetting family event, to fixing the boiler of a grieving family, she was simply there for people. She shrugged off any credit or thanks, always wishing she could do more. Her giving often went beyond what friends knew, such as the secretive providing of air-conditioning for her church, the secret payment of tuition for a family in need, the quiet payment of a medical bill. She felt a duty to give but also took genuine joy in providing. She taught us the meaning of love and charity.

Mary was a wonderful mother and grandmother, setting an example of love, faith and care for many. She loved her children with a ferocious intensity. She cared for them even as they grew. She stayed involved in their lives and spoke to them daily. The phrase “we could not have done this without her” comes up again and again. She leaves behind a chasm of infinite depth - but also life lessons to all of her children to move ahead, and to support each other.

Mary is survived by her husband and her five beautiful children and their spouses: Sarah and Zachary Watt, Matthew and Jacqueline Johnson, William Johnson, Michael Henry and Yazata Johnson, and Annie Johnson, as well as her three grandchildren: Samuel Watt, Oliver Johnson, and Nathaniel Watt. She is also survived by her mother, Sally Lutz, her sister Ann Jones, and her two brothers Bobby Lutz and Frederick Lutz.  Donations in Mary’s memory may be sent donations to The Presbyterian Church of Upper Montclair (53 Norwood Avenue, Upper Montclair, NJ 07043) either by check or online at www.pcum.org/give.

To plant a beautiful memorial tree in memory of Mary Johnson, please visit our Tree Store

A Memorial Tree was planted for Mary
We are deeply sorry for your loss ~ the staff at Hugh M. Moriarty Funeral Home
Join in honoring their life - plant a memorial tree
Online Memory & Photo Sharing Event
Online Event
About this Event

Look inside to read what others have shared
Family and friends are coming together online to create a special keepsake. Every memory left on the online obituary will be automatically included in this book.
View Tribute Book
Services for Mary Johnson
There are no events scheduled. You can still show your support by planting a tree in memory of Mary Johnson.
Plant a tree in memory of Mary

Share Your Memory of
Mary
Upload Your Memory View All Memories
Be the first to upload a memory!
Share A Memory
Plant a Tree