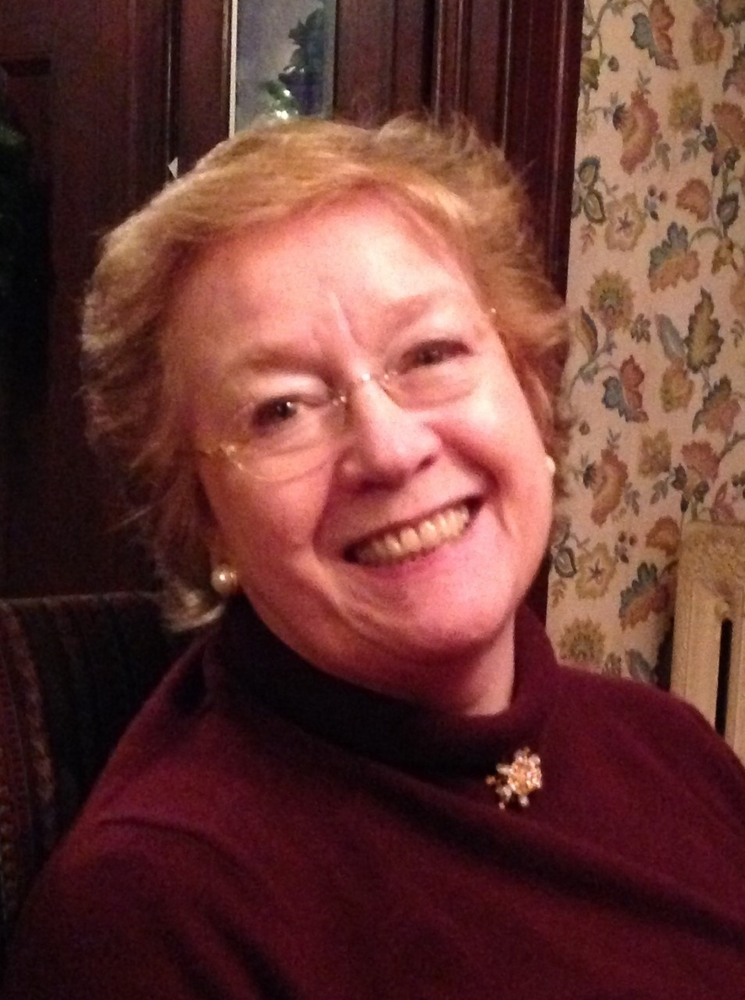 Please share a memory of Pauline to include in a keepsake book for family and friends.
View Tribute Book

On September 3, 1939, Britain declared war on Germany. On that same day, about thirty miles west of London, Pauline J. McEvoy was born in Marlow, Buckinghamshire, to Irene and Reginald McEvoy.

In 1971 Pauline McEvoy married Robert Petrus, a teacher at Montclair High School, at Marlow Church; she emigrated to the United States, where she lived ever since.

Pauline was educated at the local schools in Marlow. While there, she chose a “pen friend,” an American girl from outside of Cleveland, Ohio. So began her relationship with the USA.

Once she finished school, she worked as a secretary for various organizations (like the BBC) before spending more than two years in her early twenties traveling on her own through the United States and Canada, always finding a job, like taking provisions on horseback to the high camps in Yosemite.

Back in England, she worked for the United States Travel Service out of the U.S. Embassy in London, where she began to lead British travel agents on trips to the U.S. Of course she lived in London, even walking into the Beatles’ movie Let It Be (she’s the young woman wearing the yellow coat) on her way home from work. Frequently she spent weekends in Marlow with her parents, her two brothers and their families.

After her marriage, she worked in the travel industry in New York City, organizing tours for Europeans visiting the USA for the first time. Later, until the birth of their son Simon in 1981, she worked for several organizations (a Catholicchurch, a rabbi, a board of education) before finding her most accomplished calling: as a paralegal with attorneys Lucy Agostini and Jill Slattery in Verona.

Throughout her time in the USA, Pauline frequently visited her extended family in and around Marlow. Never did she miss an important event in their lives, and each Christmas every single one of them received a present from their sister or Aunt Pauline. How she loved and respected both her homeland and, especially, her family.

For 40 years, Pauline Petrus lived in Montclair. There, she cherished St Luke’s Church, being especially proud of Simon’s participation in the Junior Choir and by serving as an acolyte and crucifer. She herself was active at St Luke’s, notably at the Second Time Around shop and as a member of the Altar Guild. At St Luke’s everyone knew that if they needed help, they could always count on her.

Pauline Petrus was a loving person. She loved her English homeland, loved her adopted country, loved living in diverse Montclair, loved her church. Most of all she loved her son Simon and her entire family.

A service to grieve and to celebrate Pauline J. Petrus will be held at St Luke’s Episcopal Church, 73 South Fullerton Avenue, Montclair, at 10 AM, on Saturday, November 20. According to her fervent desire, her ashes will be interred in the church’s columbarium.

Donations can be made in her name to St Luke’s Church at the address above.

To send flowers to the family or plant a tree in memory of Pauline Petrus, please visit Tribute Store
Saturday
20
November

Share Your Memory of
Pauline
Upload Your Memory View All Memories
Be the first to upload a memory!
Share A Memory
Send Flowers
Plant a Tree