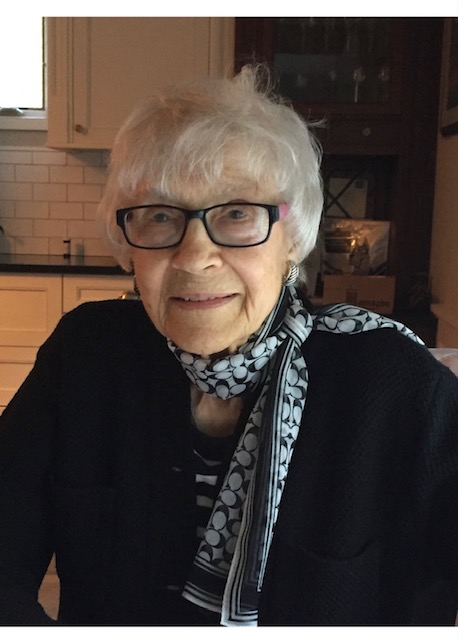 July 5, 1925 – September 1, 2021 Virgie Louise McNeal, beloved mother, mother-in-law, grandmother, and friend was born in Princeton, KY on July 5, 1925 to Jesse and James Foreman. The youngest of two girls, she grew up with her dear sister, Mildred, whom she cherished. Virgie lived a long, interesting life across more than nine decades, adapting with the times, and leaving the imprint of her strong values in her wake wherever she went.

Virgie graduated from Sumner High School in St. Louis, MO in 943, and took courses at the University of St. Louis School of Adult Education. She went to work for Stix, Bear & Fuller Department Store as an elevator operator. After a few years, Virgie moved to San Francisco, CA. After a short stay there she returned to St. Louis where she met and was smitten by a man of great character and commitment, Theodore David McNeal. The first black senator for the state of Missouri, Ted, as she called him, would be the love of her life. They were married in the summer of 1950. Three years later, they welcomed their only child, Philip Webster, who was their pride and joy.

Virgie delighted in being a mother and wife. She was an extraordinary woman — caring, graceful, elegant, and devoted to her family and friends. She lived boldly and authentically, exemplifying a high standard that inspired those around her, of every generation. Her interests were as wide as her life was long and she was as wise as she was beautiful. She was passionate about traveling and exploring new cultures and the arts, especially music, theater, opera. She was an avid reader and loved engaging in intellectual exchanges that challenged traditional perspectives – even her own.

Always committed to family first, Virgie relished the opportunity to stay home to care for Philip and to support her husband’s illustrious career as a union organizer, employment opportunity and civil rights activist, and state legislator in Missouri. Ted was broadly revered and often sought out for advice by other highly respected leaders of his time. In their home, Virgie proudly hosted them all, including A. Philip Randolph and Milton Webster, for whom they named their son. Together these three men ignited the work of the International Brotherhood of Sleeping Car Porters, the first black labor union.

Once Philip was off to college, Virgie went to work for the Globe Democrat in St. Louis in Personnel Department. When Ted died in 1982, they had been married 32 years. Virgie was 58 years old and, alone for the first time in her life, she found comfort in regular visits to the St. Louis Botanical Garden -- so much so that she was later offered a job there where she greeted guests and made lifelong friends.

In 1996, at the age of 71, Virgie left her home of more than 40 years to live near Philip, his wife Glenda, and their children, Sydney and Carter in Montclair, NJ. She would revel in her new life there, close to the family she adored. Her loving, supportive presence was a great blessing and she became integral to their family life. Nothing brought her more joy than being with her grandchildren and talking about her family to anyone who would listen.

Philip’s untimely death at the age of 60 was devastating but, as she had before, Virgie demonstrated the incredible resilience, strength and courage that consistently defined her life. Three years later, at 91, Virgie moved to the Cranes Mill community where she brought her vibrant personality and energy. She soon also found her spiritual home at Brookdale Christian

Church. Remarkably active, intellectually curious, and charming, she encouraged those around her, and continued to enjoy a rich social life.

On Wednesday, September 1st, Virgie passed away peacefully with her daughter-in-law, Glenda, at her side. She will forever be missed by Glenda, her grandchildren, Sydney and Carter, her niece, Greta Holmes and her great-niece, Jeanine Holmes, along with a host of extended family members and friends who loved her. She was predeceased by her parents, husband, Ted, her son, Philip, and her sister, Mildred. Virgie enjoyed life and lived it her way. She was a lady and a feminist who exemplified both a more genteel time as well as an impressive fortitude, uncommon in any time. She was a true steel magnolia.

A memorial service is being planned for Saturday, November 27, 2021 at 10:00 AM at Brookdale Christian Church at 1350 Broad Street in Bloomfield, NJ. In lieu of flowers, please consider a contribution to the Philip McNeal Leadership Fund at Montclair Kimberley Academy.

Written by Glenda McNeal, with love and admiration

You’re a southern belle full of grace, confidence and humility.

You have a loving, kind and generous way,

You’ve shown that you have embraced life with little naivete.

Through the ups and downs in your life, the heartache and pain

You’ve kept your faith, facing life head on, steering through the insanity.

Your strength, your courage, your tenacity

Is just as remarkable as the magnolia tree.

You are as magnificent as the flowers that bloom, delicate yet unbreakable.

You are a Steel Magnolia.

To send flowers to the family or plant a tree in memory of Virgie McNeal, please visit Tribute Store
Saturday
27
November

Share Your Memory of
Virgie
Upload Your Memory View All Memories
Be the first to upload a memory!
Share A Memory
Send Flowers
Plant a Tree