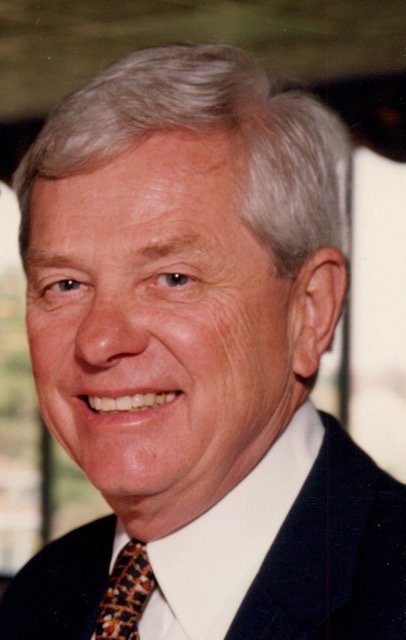 Please share a memory of William to include in a keepsake book for family and friends.
View Tribute Book

Born to Charles and Marcella McFarland on March 12, 1931, Bill remained a native New Yorker at heart. He was raised in Queens, New York and resided on Long Island, NY and in Montville, NJ and Boynton Beach, FL.

Bill was blessed. He met the love of his life, Joan Sanders, at Rockaway Beach when he was 16. After graduating from Power Memorial High School in New York, he served his country in the Marines and subsequently became successful trading bulk pharmaceuticals and fine chemicals. In 1970 he joined H. Reisman Corporation, becoming partner in 1976. He founded Traxx International Corporation in 1982, serving as CEO/President until he retired in 1993. He was especially proud to be among the first US business delegations to participate in the Canton Trade Fair in the People’s Republic of China. While trading goods around the world, he made friends in the countries he visited, who then became frequent guests in the McFarland home.

Joan and Bill were married September 25, 1954 and together raised their 5 children. In his youth he played basketball in Queens and rode the waves at Rockaway, Robert Moses and Jones Beach. He shared his passion for travel with Joan, loved skiing at the family vacation home in Stratton, VT, played golf and remained a devout Roman Catholic and diehard NY Giants fan throughout his life.

A Memorial Mass will be held on June 4, 2021 at 10AM at Saint Cassian Church with interment to follow at Immaculate Conception Cemerty. In lieu of flowers, donations may be made to Bethesda Hospital Foundation, Boynton Beach, Florida.

To send flowers to the family or plant a tree in memory of William McFarland, please visit Tribute Store
Friday
4
June

Share Your Memory of
William
Upload Your Memory View All Memories
Be the first to upload a memory!
Share A Memory
Send Flowers
Plant a Tree