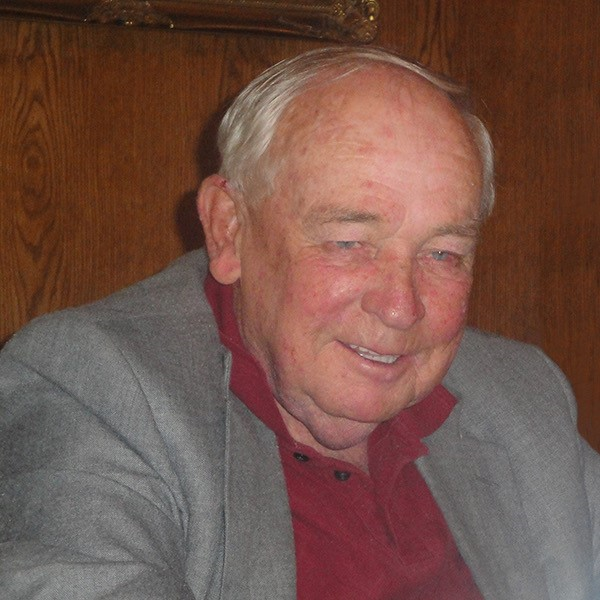 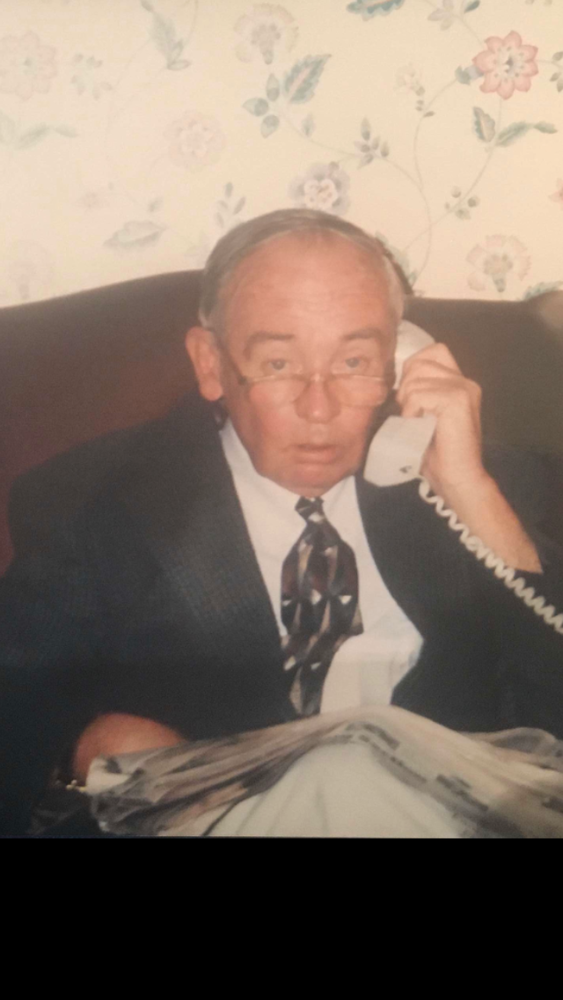 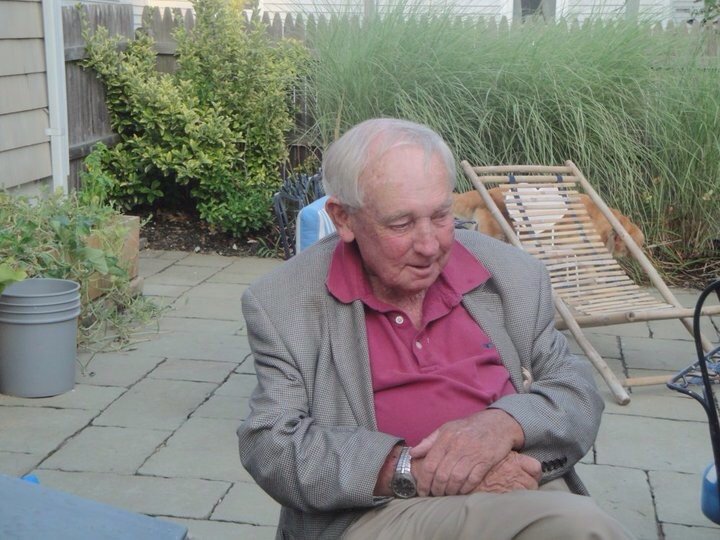 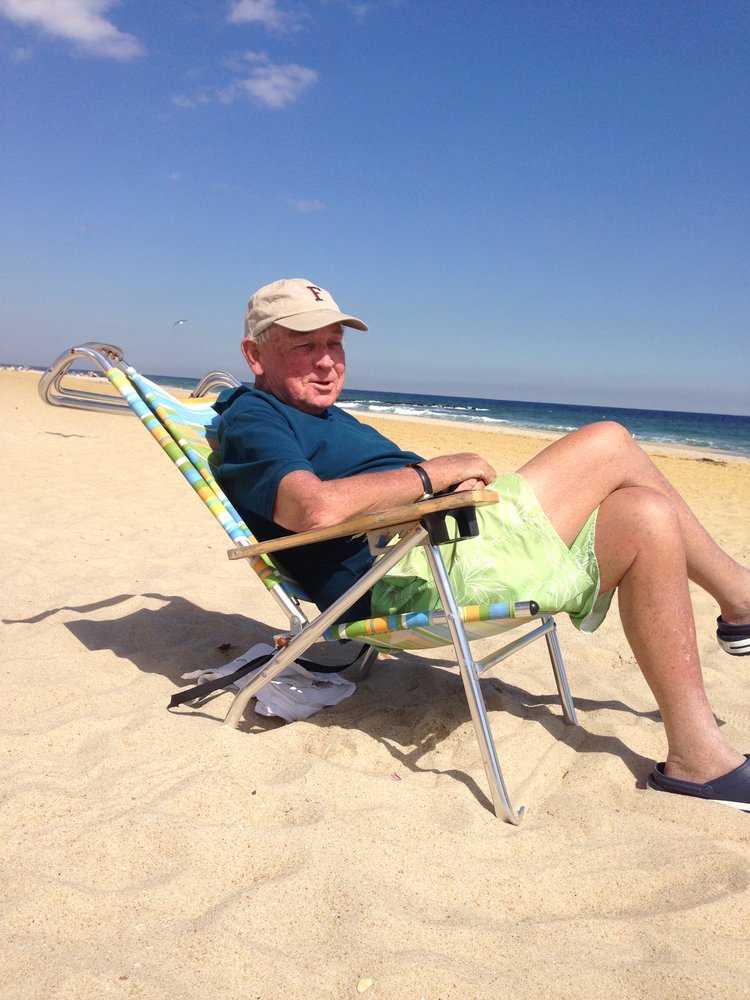 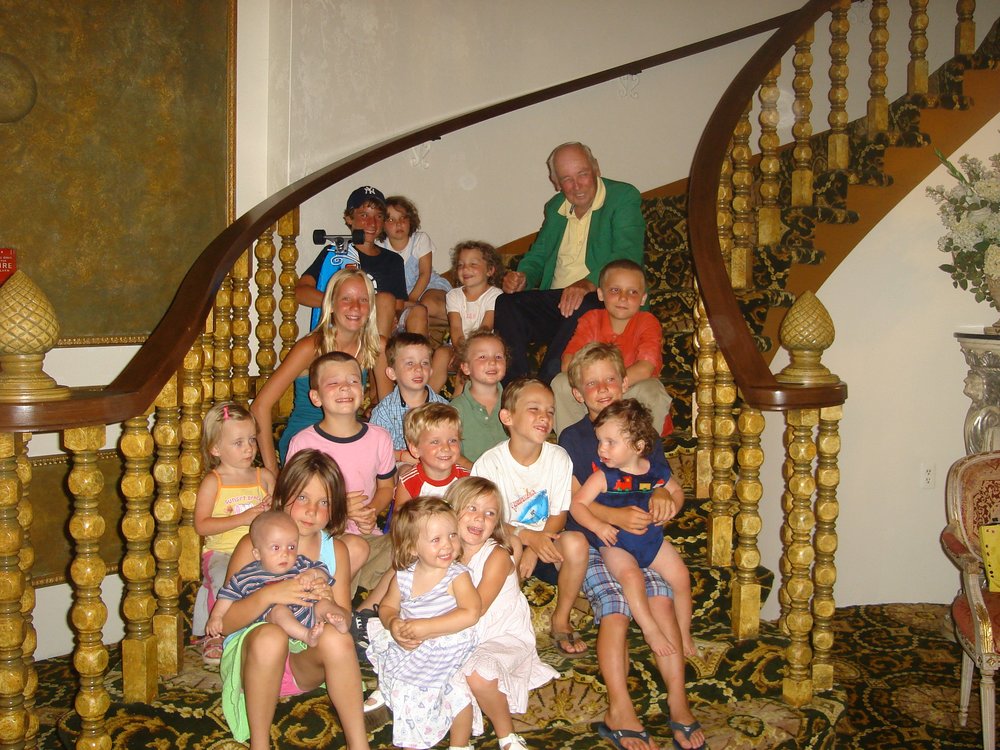 Please share a memory of Dr. Michael to include in a keepsake book for family and friends.
View Tribute Book

Dr. Michael James Cahill of Spring Lake, NJ, passed away on January 14, 2021 at Jersey Shore University Medical Center. Michael was a long-time resident of Spring Lake, where he raised his six children, Colleen, Michael Jr., Erin, Padraic, Tara and Brian, and served as a beloved pediatrician in practice for 52 years.

Michael was born on July 15, 1937, at home, in the Bronx. He was the third of Dr. John and Genevieve (Campion) Cahill’s eight children. Michael enjoyed a happy childhood in the Bronx and Point Lookout, NY, where he developed his lifelong love for the ocean and crafted his inimitable body surf technique. Michael remained close with his siblings throughout his life and cherished his time with family.

Michael attended Mount St. Michael’s in New York where he distinguished himself as a gifted scholar and runner, excelling in hurdles and sprints. Michael went on to Fordham University where he became known as the “Fordham Flash”, earning his Bachelor’s degree in Biology in 1958, before advancing to Georgetown University, where he earned his medical degree in 1962.

Upon graduation from Georgetown, Michael met nurse Mary Ann Moriarty, while completing his residency at St. Vincent’s Hospital in New York City. Michael and Mary Ann were married in Montclair, NJ, in 1965. Michael enlisted in the United States Army and served as an Army physician at Fort Monmouth, NJ. Upon Honorable Discharge, Michael established private practice in Spring Lake, where he lived and worked. Like his father and his brothers, Michael had a true calling for medicine, particularly pediatrics. Michael was devoted to his patients and well known for making house calls, meeting patients on his porch or the beach, and being generally available whenever anyone needed him. The Cahill family was honored by the Celtic Medical Society with its prestigious Healers Award for contributions to Celtic ideals and adherence to the biblical direction that a society will be judged on its caring for the least privileged and most in need. Michael was indeed a true healer. For many years, Michael led a group of volunteers to El Progresso, Honduras, where he would provide much needed medical care to the children at the House of Friendship and surrounding communities. Michael’s commitment to the people of Honduras was heartfelt. He took a similar trip to Uganda where he continued to use his gifts and talents to serve others.

Michael’s greatest devotion however was to his children who love him dearly and will miss him very much. Michael was an engaged, caring father with a great sense of humor. It wasn’t easy raising six children alone after Mary Ann passed away in 1987, but he made it look that way with his inspired ability to find the humor in most situations and roll with whatever came his way. Michael’s family will remember Sunday night dinners which grew in number as his children married and the grandchildren came along, and plenty of good times on his porch and the beach. Some of Michael’s greatest memories were at the South End in Spring Lake. He was a sure thing for Wednesdays and weekends at his spot down by the jetty, and known for swimming many, many laps at the pool which he loved so much. When his children were young, it was a common to see his light blue convertible swerving around the lake with his children laughing and ice cream cones dripping in the backseat.

Michael had a lifelong love for the New York Yankees, which he followed closely, often listening to games on his porch radio. He also enjoyed following the New York Giants, and would happily recall watching games from the train trestles near the Polo Grounds, which he jokingly referred to as “Our Lady of the Goalposts”. Michael was a devout parishioner of St. Catharine-St. Margaret, in Spring Lake, where he attended mass daily. Michael relied heavily on his faith in all aspects of his life and was never without his rosary beads.

Michael was the proud recipient of many honors including the Friendly Sons of St. Patrick Irishman of the Year and the Mary’s Child Champion for Life. It was a particularly happy moment when the Mayor of Spring Lake declared it to be “Dr. Cahill Day” to commemorate his retirement, but it was the many patients and friends who stopped by to wish him well and share a memory that meant the most. Michael was an exceptional friend. He was kind and giving and always ready to lend a hand. His family will remember the twinkle in his eye and his warm, hearty laugh.

There will be a celebration of Michael’s wonderful life when it’s safe to get together, likely during the summer of 2021. There were few things in life Michael enjoyed more than a good beach day and a party so his family hopes you’ll join them then. For now, there will be a private Mass of Christian Burial at St. Catharine in Spring Lake on Friday, January 22nd at 10:30am with private interment to follow. In keeping with current guidelines which limit capacity at the church, the mass will also be live streamed through the St. Catharine-St. Margaret website - https://www.stcatharine-stmargaret.org. In lieu of flowers, kindly consider a donation in Michael’s memory to The Henry King Medical Brigade, 606 Homestead Rd, Brielle, NJ 08730.

Share Your Memory of
Dr. Michael
Upload Your Memory View All Memories
Be the first to upload a memory!
Share A Memory
Plant a Tree