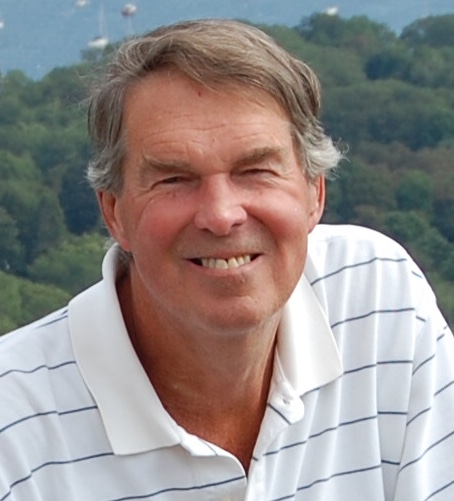 Please share a memory of Peter to include in a keepsake book for family and friends.
View Tribute Book

Peter D. Grieves, 80, of Montclair, N.J., passed away suddenly at his home on December 14, 2020. A memorial service is scheduled for Saturday, September 18, 2021 at 10:00 a.m. at Union Congregational Church at 176 Cooper Ave. in Upper Montclair. Peter’s family invites all who knew him to join them in this celebration and remembrance of his life. Born in 1940 in Glen Ridge, his family moved to Montclair, where he spent his entire childhood. He was the oldest son of Bernice A. Getchius and Leonard A. Grieves. Peter attended and graduated from Montclair Academy (Class of 58’), and then received his undergraduate degree from Rutgers University (Class of 63’), where he was a member of Zeta Psi Fraternity. Upon graduating college, Peter began his professional career with American Can Company in Jersey City. He left American Can Company to join his family’s travel agency businesses, World Wide Travel Bureau in Upper Montclair and World Wide Travel Service in Newark, which later moved to a location in Glen Ridge. In 1963, Peter married Donna Littlefield, who also grew up in Montclair alongside her family’s well-known local business, Applegate Farm. Drafted to serve in the Vietnam War, Peter was recruited into The United States Air Force Officers’ Candidate School. He served active duty for five years and was stationed in Texas, Illinois, and Florida. His two children, Melissa and Peter, were born while they were stationed in Ft. Walton Beach, Florida, where he served at Hurlburt Field near Eglin Air Force Base. In 1970, Peter left active duty to join the reserves, returning to Montclair to raise his family. He served at McGuire Air Force Base until 1981 as senior maintenance officer with the 514th Organizational Maintenance Squadron when he retired from service holding the rank of Major. Peter worked at World Wide Travel Bureau in Upper Montclair, managing the family businesses until his retirement in 2009. During his career as a travel professional, he was an active member of Skal International, an international association for travel and tourism professionals. He planned travel for many private and business clients, as well as community organizations, including the Commonwealth Club in Upper Montclair. Being an active athlete throughout his entire life, Peter enjoyed playing many sports, most of all golf. He was an exceptional golfer, and well known among family and friends for his excellent "short game”. During his travel career, he was sponsored by airlines to participate in numerous golf tournaments around the world, notably in the Caribbean, England, Scotland and the United States. He was honored to partner with many of the sport’s greats in pro-am tournaments, including Arnold Palmer, Chi-Chi Rodriguez, and Nancy Lopez, with whom he partnered in the Coca Cola Classic Pro-Am here at Upper Montclair Country Club. His pride and joy though was partnering with the legendary Jack Nicholas in the Westchester Pro Am in 1973. Peter enjoyed many summers and Thanksgivings with family at their second residence on the New England coast in Bristol, Maine. Some of his favorite pastimes in Maine were eating lobster and sitting on the white sands of Pemaquid Beach. In his retirement, Peter traveled with wife Donna on several Viking River Cruises to Europe, meeting new friends from all over the world. Peter also continued to enjoy annual golf trips with close friends to the southern U.S. He is survived by his wife of 57 years, Donna Littlefield Grieves of Montclair, his two children Melissa Ann Grieves (Craig Orlando) of Little Silver, New Jersey and Peter Donald Grieves (Christine Bardo Grieves) of Columbia, Pennsylvania, his two beloved grandchildren, Sydney A. Grieves and Chase P. Orlando, and seventeen nieces and nephews. His siblings, Joan Bain, Susan Hunter, and Donald Grieves predeceased him. Peter is greatly missed by family, friends, professional colleague, and all who knew his easy laughter, ready smile, and love of life.

Share Your Memory of
Peter
Upload Your Memory View All Memories
Be the first to upload a memory!
Share A Memory