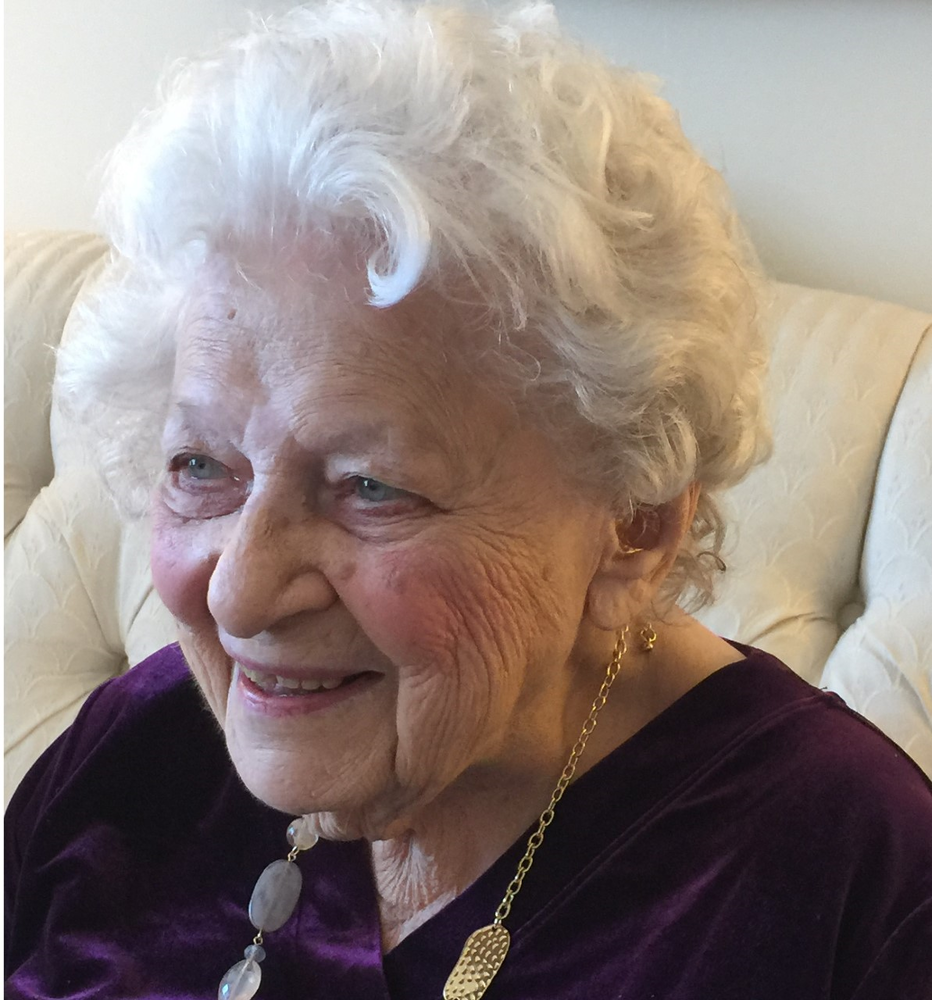 Obituary of Irene A Okner

Please share a memory of Irene to include in a keepsake book for family and friends.
View Tribute Book

Irene Anna Okner, of St. Paul, Minnesota and formerly of Short Hills, New Jersey, died on November 21, 2020 having lived a remarkable life. Irene was born on January 10, 1917 to Martin and Albina (Lewkowicz) Wioch in Brooklyn, New York, during a snowstorm, arriving ahead of the midwife. This was a harbinger of the strength and self-reliance that would follow.

Irene attended parochial and public schools in Brooklyn prior to embarking on a career as a talented custom dressmaker at some of New York City’s finest establishments, including Chez Ninon and Bergdorf Goodman, Inc.

In 1944 Irene married Luke Okner, settled in Irvington, New Jersey and, over the next nine years, three sons were born. The family eventually moved to Short Hills, New Jersey, where Irene served on the Executive Committee of the Ladies ’Auxiliary of the St. Rose of Lima Roman Catholic Church. She and Luke enjoyed traveling to Europe, Mexico and Bermuda. In 1978, after 33 years of marriage, Luke died.

Irene decided to return to the workforce after Luke’s death. She became an office “temp” and eventually took a position with the Paper Mill Playhouse in Millburn, New Jersey, handling subscriptions. The computer had replaced the sewing machine of her early years. She continued to travel, including trips to California, Poland, the Holy Land and Portugal.

When she decided to retire, Irene moved to Holiday City in Berkeley Township, New Jersey. In her 80’s, having outlived many of her peers, Irene relocated to St. Paul, Minnesota to be close to two of her sons and some of her grandchildren. It was in St. Paul that Irene entered yet another phase of her life, that of a watercolor artist.

When she was well into her 90’s, Irene discontinued driving a car which prevented her from continuing with her art work. She went into assisted living where she enjoyed many social activities. It was only after attaining the age of 102 that she was required to move into a skilled nursing facility, Shirley Chapman Shalom Home East, where she spent the remainder of her life.

Irene was a loving wife, mother, grandmother and great grandmother. She was intelligent, friendly, sociable and true to her Catholic faith. She is survived by her three sons and their wives Donald (Madeleine), Dr. Thomas (Mary Ann) and Dr. Glenn (Marla), seven grandchildren and eight great-grandchildren.

Irene will be laid to rest with her husband Luke at Gate of Heaven Roman Catholic Cemetery in East Hanover, New Jersey

To plant a beautiful memorial tree in memory of Irene Okner, please visit our Tree Store

A Memorial Tree was planted for Irene
We are deeply sorry for your loss ~ the staff at Hugh M. Moriarty Funeral Home
Join in honoring their life - plant a memorial tree
Online Memory & Photo Sharing Event
Online Event
About this Event

Look inside to read what others have shared
Family and friends are coming together online to create a special keepsake. Every memory left on the online obituary will be automatically included in this book.
View Tribute Book
Services for Irene Okner
There are no events scheduled. You can still show your support by planting a tree in memory of Irene Okner.
Plant a tree in memory of Irene

Share Your Memory of
Irene
Upload Your Memory View All Memories
Be the first to upload a memory!
Share A Memory
Plant a Tree