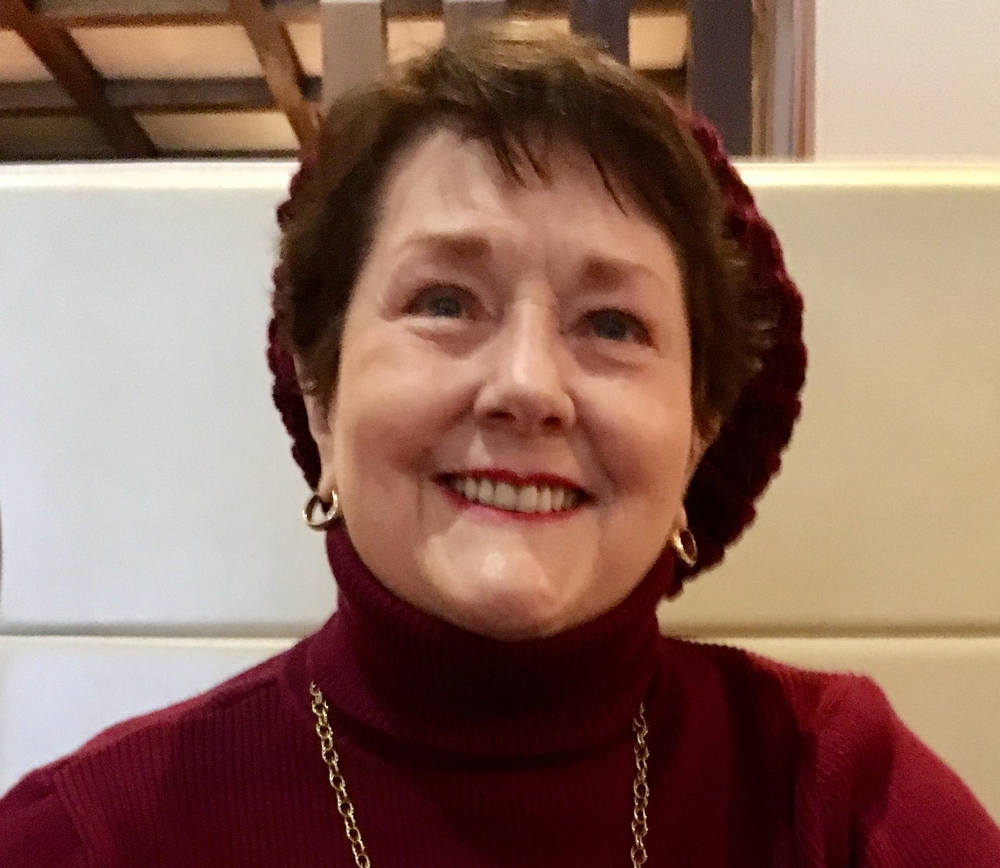 Please share a memory of Ann to include in a keepsake book for family and friends.
View Tribute Book

Ann C. Appert passed away on November 8th at home, surrounded by her family. Born March 2nd, 1941 to Lucy Marie Farren Cunningham and James Eugene Philip Cunningham in Kearny, New Jersey. After graduating from Caldwell College in 1963 she married Richard Henry Appert. They resided in Montclair briefly before moving to Karlsruhe, Germany for three years to complete Richard’s military service. Their son Richard was born in Karlsruhe in 1965, and their daughter Tricia was born soon after their return to Montclair in 1968. Their brief tours of other European countries while stationed in Germany ignited her interest in travel and learning and set the stage for later civilian ‘engagements’ living in France and Singapore, making many enduring friendships along the way. While in France, she taught English and learned French cooking. In Singapore she worked as an educational consultant to the Asian Women’s Welfare Association, training teachers and restructuring the organization’s school for profoundly disabled students. Nancy, a lifelong educator, first taught GI’s the US Army General Equivalency Diploma and GED prep to Head Start parents, then began a long career in the New Jersey public schools as a special education/learning disabilities teacher. In 1977, she received her Masters in Communication Sciences and Disorders from Montclair State College. She retired from teaching in 2005, but continued traveling and volunteering as a religious education instructor for the Newman Catholic Community and as a CCD instructor and eucharistic minister for St. Cassian Catholic Church. She served as Vice President of the League of Women Voters, and as a Board member and Executive Board Secretary for the Adult School of Montclair. Nancy was an active member of the Teacher’s Club of Montclair, and within a meditators group. She was a gracious host and, delighting in extending warm hospitality and support to others. She cherished her friends and delighted in her family. She adored her siblings and took great pride in her grandchildren and step-granddaughters, but most of all her son and her daughter.

She is survived by her spouse of 57 years, Richard H. Appert, her children Richard (Giselle) and Tricia (Nhan Paul), her grandchildren Ryan and Maren Appert, and Lucy, Rebekah and Rachel TonThat and by her siblings Francis A. Cunningham and Mary E. Sealy.

Visitation on Friday, November 13th from 2-4pm and 6-8pm at Moriarty Funeral Home in Montclair. Funeral mass will be on November 14th at 10am at St. Cassian Catholic Church in Upper Montclair followed by interment at the Cemetery of the Holy Sepulchre in East Orange.

To send flowers to the family or plant a tree in memory of Ann Appert, please visit Tribute Store
Friday
13
November

Share Your Memory of
Ann
Upload Your Memory View All Memories
Be the first to upload a memory!
Share A Memory
Send Flowers
Plant a Tree