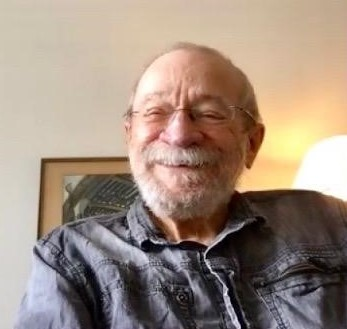 Born and raised in Chicago, son of Lemuel and Zora (nee Obradovich). After studying at Roosevelt University, John graduated from the University of Illinois Chicago (1970) where he later earned his PhD in Philosophy. He was a professor at the University of Texas Medical Branch’s Institute for the Medical Humanities betwen 1986 and 1997. From the time he moved to Montclair in 1997, John taught philosophy, longest and most recently as an adjunct faculty member at Rutgers New Brunswick. Changing careers, John entered the law school at Rutgers Newark when he was 53 years old. After graduating (2001), he clerked for Judge Michael (Pat) King of the Appellate Division. John moved to the Appellate Section of the Office of the New Jersey Public Defender in 2003. To quote from colleagues and friends at the Office of the Public Defender, “John was a true champion for our clients. He was a thoughtful and articulate advocate who took on a number of important cases, many involving clients with issues related to mental illness.” “John made not only major contributions to our appellate section but also major contributions to the Forensic Science Work Group.”

The breadth of John’s enthusiasms and knowledge is captured by another colleague and friend: “A true Renaissance man. A philosopher. A professor. A scholar. A lawyer. A Supreme Court advocate. A voice for the little people who are so often voiceless. A man who stood proudly next to, and advocated on behalf of, society’s “monsters.” A staunch union member. A fan of the arts, especially the theatre and music. Ah, a fan of music. A gentleman who could as easily parse the finest classical music in one breath and the latest Yeezy album in the next…A contrarian of the finest order. A proud descendant of criminals. An even prouder descendant of farmers. A fierce debater of all things…A man who saw, and treated everyone, everyone, as a person and an equal, regardless of any preconceived social stature. A man of words, but, also a man of deep, deep emotions. A role model. A guide. An eternal student…”. Finally, another colleague said “I would sum John up in three words: Intelligent, Humble, and Kind.“

John is survived by his partner, Laura Kramer, and her family, his sister, Marianne Zettl, and nieces Brittany and Tammy and their families, and many beloved cousins and bereft friends. In honor of John and justice, please vote.

Share Your Memory of
John
Upload Your Memory View All Memories
Be the first to upload a memory!
Share A Memory