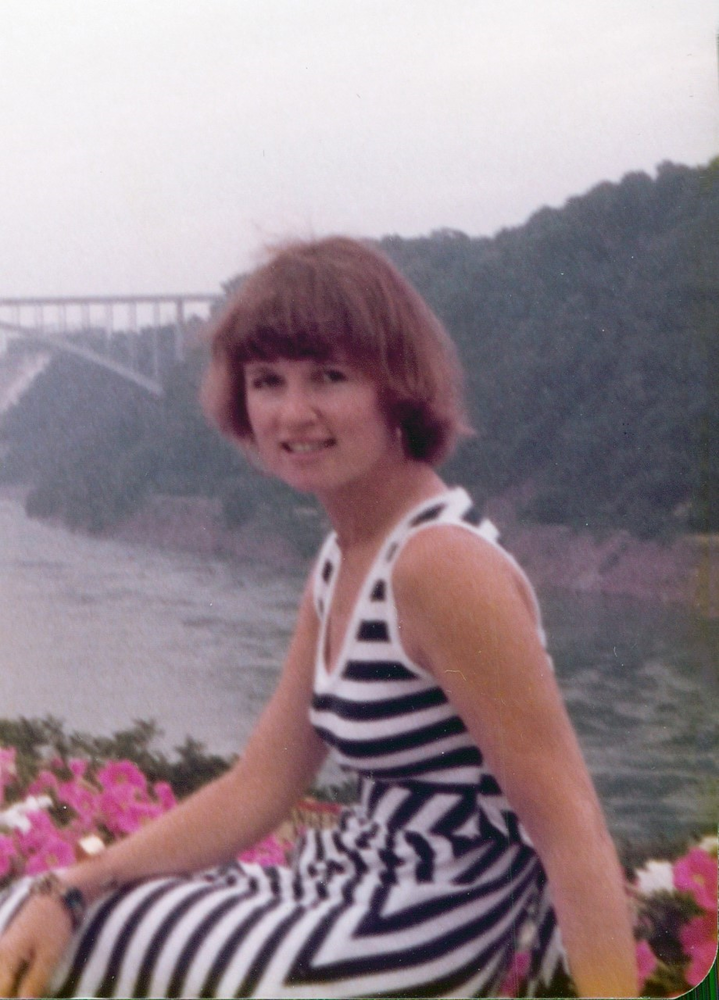 Please share a memory of Jeanne to include in a keepsake book for family and friends.
View Tribute Book

Born January 2, 1945 in Buffalo, NY to Mary Jeanne Pessler and Harvey J. Huntley, Jeanne Ann O’Connor (nee Huntley) died at home in Montclair, N.J. on May 17, 2020 from Progressive Supranuclear Palsy (PSP), a neurological disease for which there is no current treatment.

After teaching in the Buffalo school system, Jeanne moved to Brooklyn, N.Y. in 1968, where she practiced social work, visiting clients in their homes, undaunted by the high crime in several of the neighborhoods.

But it was with the birth of her first child that Jeanne left lawyering for the work she loved most: being a mother and raising her two daughters Julie and Sinead. Jeanne was happiest wheeling them in their piggy-back, double stroller around Manhattan’s Stuyvesant Town oval and through the streets of her wide-ranging “neighborhood”: from First Avenue to Fifth (especially Barnes & Noble on East 18th), and from East 11th (Veniero’s bakery) to East 34th (B. Altman and the Charleston Garden)

Years later, Jeanne decided to return to the workforce and use her law degree in a different way – at 51 she obtained an MLS degree from Rutgers University and later became a professor at Seton Hall University where she was a law research librarian in the Law School, specializing in health law and taking much satisfaction from tracking down arcane research requests.

Smart, pretty, funny, and unassuming. Jeanne was shy but courageous in tackling tasks she was uncomfortable with, like presentations as a law student and later lecturing classes of law students on research techniques.

An exercise devotee, Jeanne tackled the most vigorous exercise classes and enjoyed outlasting the men in push-ups. She liked bike riding, dancing, swimming a mile, and would throw in some roller-blading and ice skating for variety.

Donations in Jeanne’s memory can be made to CurePSP at www.psp.org/oconnor.

In light of the coronavirus, the family plans a future memorial service at a date to be determined.

To plant a beautiful memorial tree in memory of Jeanne O'Connor, please visit our Tree Store

A Memorial Tree was planted for Jeanne
We are deeply sorry for your loss ~ the staff at Hugh M. Moriarty Funeral Home
Join in honoring their life - plant a memorial tree
Online Memory & Photo Sharing Event
Online Event
About this Event

Look inside to read what others have shared
Family and friends are coming together online to create a special keepsake. Every memory left on the online obituary will be automatically included in this book.
View Tribute Book
Services for Jeanne O'Connor
There are no events scheduled. You can still show your support by planting a tree in memory of Jeanne O'Connor.
Plant a tree in memory of Jeanne

Share Your Memory of
Jeanne
Upload Your Memory View All Memories
Be the first to upload a memory!
Share A Memory
Plant a Tree