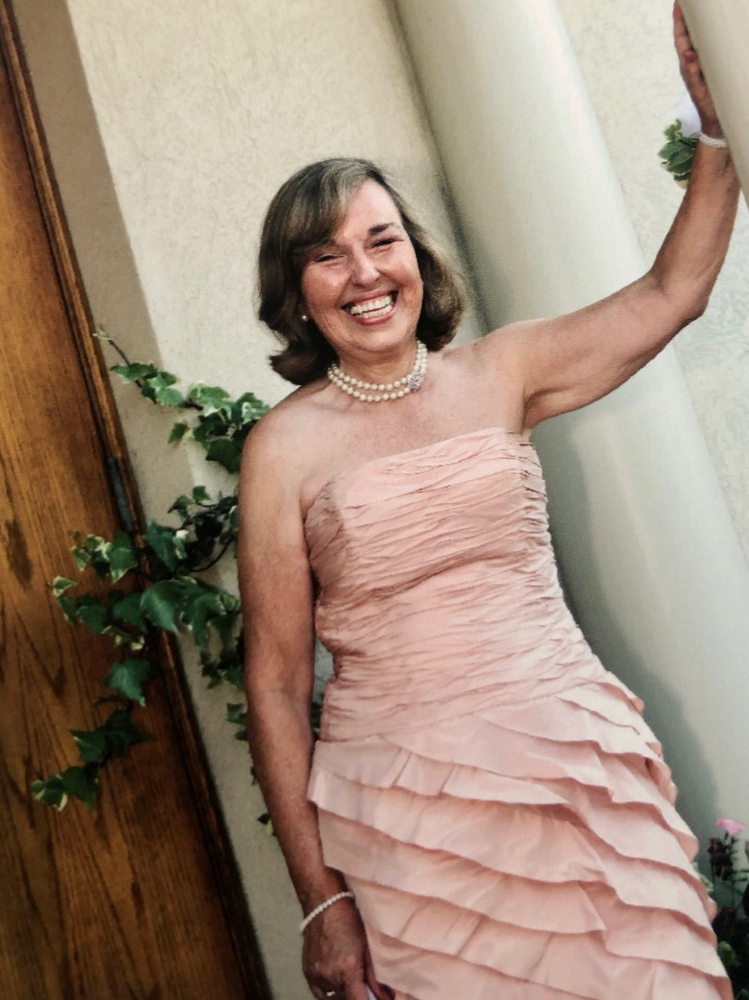 Judith Meehan Tyne passed away peacefully on April 17. She was 80 years old. She is survived by her two children, Kimberley Esser and Brendan Tyne, three grandchildren, Michelle Esser, Megan Tyne, and Patrick Tyne, and sister, Mary Ann (Meehan) Conway. Her husband, Victor Tyne, predeceased her in 2017.

Judith was born in Orange, NJ to John F. and Frances (nee Hale) Meehan. She was a descendant of Revolutionary War hero, Nathan Hale. Judith was raised in West Orange and Upper Montclair, NJ. She attended Oak Knoll Academy and graduated from Mount St. Dominic Academy and Caldwell College in Caldwell, NJ. She pursued a Master’s Degree in Social Work from Fordham University n New York.

Judith married Victor Tyne in Upper Montclair on April 24, 1965. They lived in West Orange until moving to their historic home in Chappaqua, NY in 1973. Judith and Victor shared a 52 year marriage filled with love, laughter, and genuine admiration for each other. They raised two children together, Kimberley and Brendan. Their home was warm and welcoming, as Judith treated all of their guests as family. She loved nothing more than hosting family and friends, where they were always treated to an evening of fine cooking, great stories, and timeless jokes.

Judith touched the lives of people from all walks of life. In her early years as a social worker, she helped many families from lower income neighborhoods by providing the help and support they needed to improve their lives. As an ESL tutor, she helped families from all over the globe acclimate to life in the U.S. in addition to teaching them the English language.

Judith always had a bright smile on her face and made everyone around her happy. She will forever be remembered for her kind, gentle spirit, and tremendous sense of humor. She derived great joy in playing practical jokes on unsuspecting victims, all done with a devious twinkle in her eye. Judith made the world a better place and she will be sorely missed by all those who were lucky enough to have known her.

Donations can be made to the Michael J. Fox foundation to help find a cure for Parkinson’s disease.

Share Your Memory of
Judith
Upload Your Memory View All Memories
Be the first to upload a memory!
Share A Memory
Plant a Tree