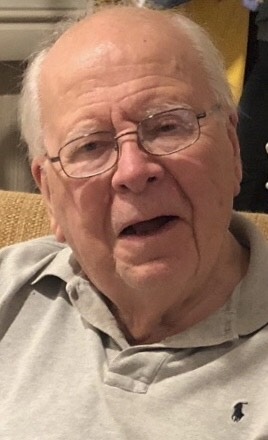 Please share a memory of Edward to include in a keepsake book for family and friends.
View Tribute Book

Edward A. Masilunas Sr. age 89, of Verona, NJ formerly of Upper Montclair passed away on Saturday April 11, 2020 from complications of COVID-19.

Edward was born and raised in East Pittsburgh, one of three children to Maryann and Joseph Masilunas. Edward’s siblings are the late Nell Masilunas of Montclair, NJ and the late Albert Masilunas of Monroeville, PA.

He moved from Pittsburgh to New York City and worked for Westinghouse Electric Company. After many years working for Westinghouse, Edward found his passion in the packaging industry. He worked for several packaging companies throughout his career before he went on to start his own business, Pac Quest, LTD. in 1993.

He was well-known in the Wholesale packaging industry for creative ideas and innovative packaging for everyday type items. He was especially proud of his latest work launching plastic bags with spouts that people can easily pour out what they needed and reseal the remaining for later uses. These bags are being used today in several different industries – paint, building materials and food.

Edward lived a purposeful life with a large extended family, rewarding career and travel to many areas of the world with his wife. He was a member of St. Cassian Church in Upper Montclair, NJ. A long-time member of the Mercier Club who hosted many member gatherings at his house. He enjoyed playing bocce every week and joking with the members. He fostered a deep love for all people he knew and always welcomed each one of them into his home and life. He loved talking about his life adventures and passing on his wealth of knowledge.

A memorial will be planned at a future date for family and friends to gather and share memories.

Share Your Memory of
Edward
Upload Your Memory View All Memories
Be the first to upload a memory!
Share A Memory