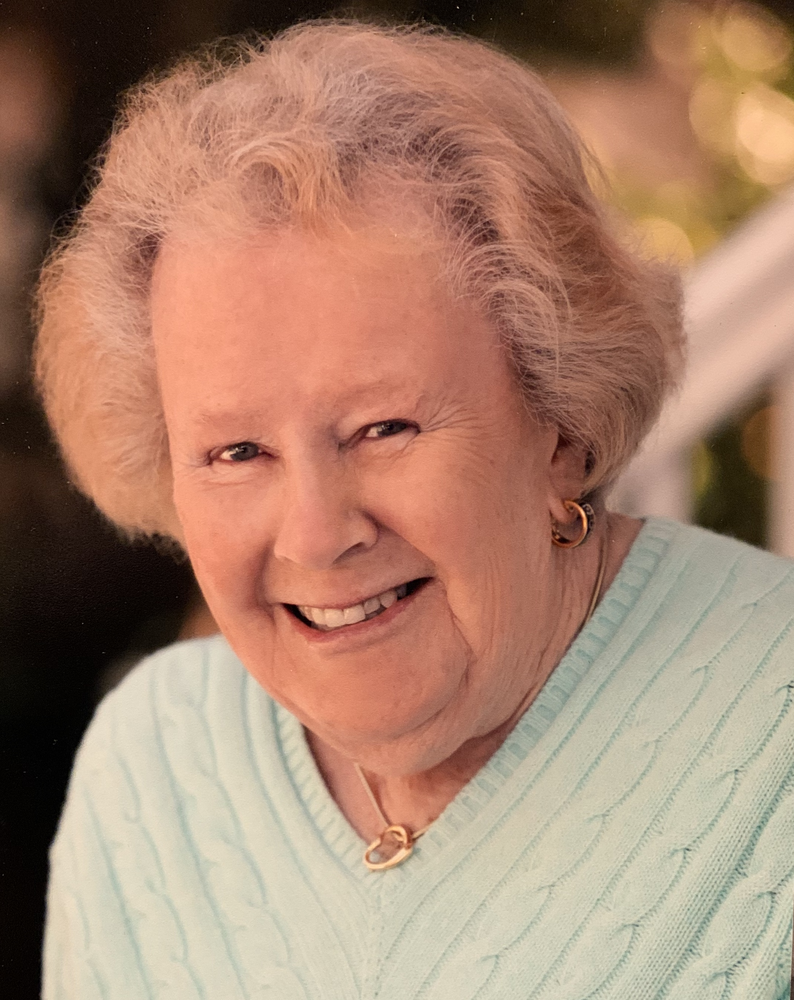 Victoria “Fay” Shaw Berry, a resident of Stuart, FL, and formerly of Montclair, passed away on December 10. She was 92.

Born and raised in Belfast, Northern Ireland, Mrs. Berry was the fifth of six children born to Ethel Dorman Shaw, a businesswoman, and James Wesley Shaw, a celebrated motorcycle racer.

In 1948, at age 21, Mrs. Berry emigrated to the U.S. with her family and settled in Montclair. At various intervals she held teller positions at local banks. Although she did not become a citizen until age 66, she considered the States home. Even so, until the end of her life, Mrs. Berry’s voice would often slip into a lilting Irish brogue.

After emigrating, Mrs. Berry turned from equestrian to racket sports and, thanks in part to a first-rate topspin, dominated as a singles and doubles player on amateur tennis and badminton circuits, which she traveled with her beloved older sister Paddy Shaw Magnuson. Eventually, the two Miss Shaws made their way to California and, later, Wyoming, where they were employed as clerks at Yellowstone’s Old Faithful Inn. Photo albums and scrapbooks document tournaments, friendships, and two 20-something women reveling in their independence, a remarkable circumstance in the early 1950s.

In 1958, Fay married Robert V. Berry, whose career took the couple and their two children from Montclair to Montreal and London, and then back to Montclair in 1970. Mr. and Mrs. Berry retired in Palm City, FL, in the early 90s. Mr. Berry passed away in 2012.

In middle age, Mrs. Berry took up golf and would go on to win, in 1979, the championship at Rock Spring Club, in West Orange, where she also inaugurated the youth golf program. She was an active member of the Women’s New Jersey Golf Association, serving as president from 1991 to 1992. In addition to Rock Spring, Mrs. Berry was a member of Harbour Ridge Golf Club in Palm City, FL, and Baltusrol Golf Club in Springfield, NJ. She also belonged to the First Congregational Church of Montclair.

Mrs. Berry fiercely defended her independence. When, at 89 and widowed, she felt isolated in her large golf-community house, she downsized to a smaller waterside home where she could more easily work around her infirmities with the help of neighbors and her companion, Ms. Jane Reynolds, of Stuart, FL. An avid reader, she transitioned to audiobooks from print when macular degeneration blurred her vision.

Mrs. Berry, known to friends and family as “Birdie” (as in, one stroke under par in golf), is survived by her daughter, Patricia Berry, and her husband, Mitchell Heisler, of Montclair; her son, Michael Berry, and his wife, Linda Berry, of Mount Prospect, IL; her granddaughters Margaret, Alexandra and Catharine Heisler and Jane and Grace Berry; as well as three generations of relatives in the U.S. and N.I. Mrs. Berry was predeceased by Mr. Berry, her husband of nearly 54 years year; her brother, Wesley Shaw; and her sisters Maureen Livesey, Joan Bulloch, Mrs. Magnuson, and Barbara Boyd. A private interment will be followed by a celebration of Mrs. Berry’s life at 11:30 a.m. on Saturday, December 21 at the First Congregational Church, 40 South Fullerton Avenue, Montclair, NJ.

Donations in Mrs. Berry’s memory may be made to Room to Read (https://give.roomtoread.org/) or to the Foundation of Massachusetts Eye and Ear (https://www.masseyeandear.org/online-donation-form).

To send flowers to the family or plant a tree in memory of Victoria "Fay" Berry, please visit Tribute Store
Saturday
21
December

Share Your Memory of
Victoria "Fay"
Upload Your Memory View All Memories
Be the first to upload a memory!
Share A Memory
Send Flowers
Plant a Tree