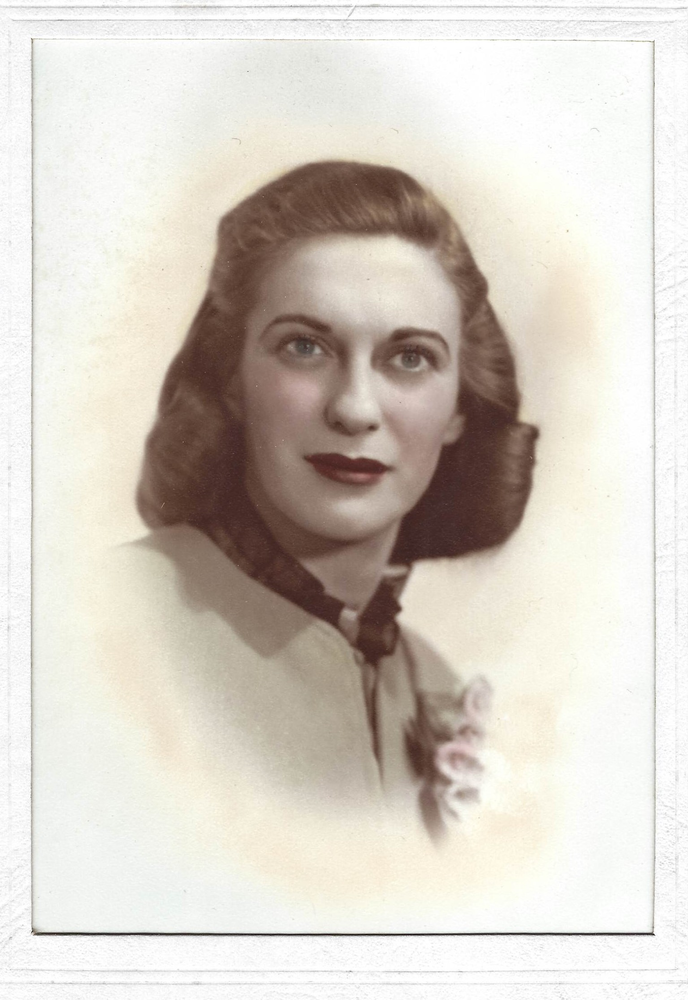 Please share a memory of Ruth to include in a keepsake book for family and friends.
View Tribute Book

Coppola, Ruth G. of Franklin Lakes NJ, formerly of Upper Montclair NJ, on October 5th 2019, three weeks prior to her 100th birthday. Ruth was the second of two children born to parents Eugenia and Florio Graglia of Paterson, NJ on November 1st, 1919. Ruth graduated elementary school # 21 in 1933 and graduated Eastside High School in 1937. She attended and graduated St. Joseph’s Hospital School of Nursing in 1940 with an R.N. and after graduating began her career as an OR nurse at St. Joseph’s Hospital in Paterson, NJ. She met and married her husband of 63 years, Pellegrino William Coppola on March 14th 1945 and accompanied him to Washington, D.C. from 1947-1951 while he attended Georgetown University Medical School. She worked as a private duty nurse and OR nurse in Washington at that time. Returning to Montclair, NJ in 1951, she gave birth to her son Peter in 1955. She then began a second career with the Bloomfield School System in 1968 as a school nurse. Ruth went on to obtain a B.A. from Jersey City State Teachers College in 1968 and a master’s degree in Educational Psychology from Montclair State University in 1973. She continued to work for the Bloomfield School System for 33 years, retiring in 2001 at the age of 82. Ruth worked at three elementary schools in Bloomfield; Oakview, Watsessing, and Brookdale schools before moving to Bloomfield High School where she eventually retired. Ruth also participated in and was a group winner early on in the New Jersey lottery, being one of six in her school to co-purchase a winning lottery ticket. Ruth was an avid reader with a voracious appetite for all literary work, especially fiction and was an active participant in the Montclair Library system. Her approach to nursing combined expertise with compassion and empathy. An intelligent and thoughtful figurehead in the family, Ruth had a brilliant sense of humor. She is survived by her loving son Peter William, his loving wife Vanessa Ann, two cherished granddaughters Alexa Rae and Andrea Mary, and a step-granddaughter Chelsea Marie Martin. She was preceded in death by her loving husband Pellegrino William and her brother Edwin Graglia. Funeral arrangements at Hugh Moriarty Funeral Home 76 Park Street, Montclair, NJ 07042. Viewing hours Thursday 10/10 between 2-4 pm and 7-9 pm. On Friday, 10/11, a mass of Christian burial will be offered beginning at the Hugh Moriarty Funeral Home at 9:15 am and proceeding to St. Cassian Roman Catholic Church, 187 Bellevue Ave. Montclair NJ 07042 at 10 am. Internment at Laurel Grove Cemetery in Totowa, NJ. Following the services, a lunch will be held to celebrate Ruth’s life Friday 10/11 at 1:00 pm at Nicola’s Restaurant, 650 Union Blvd. Totowa NJ 07512. All friends and family are welcome. In lieu of flowers, donations may be made in Ruth’s honor to the Montclair Public Library 50 S Fullerton Ave. Montclair NJ 07042 and the Alzheimer’s Foundation of America 322 8th Ave. 7th Fl, New York, NY 10001.

To send flowers to the family or plant a tree in memory of Ruth Coppola, please visit Tribute Store
Thursday
10
October

Share Your Memory of
Ruth
Upload Your Memory View All Memories
Be the first to upload a memory!
Share A Memory
Send Flowers
Plant a Tree