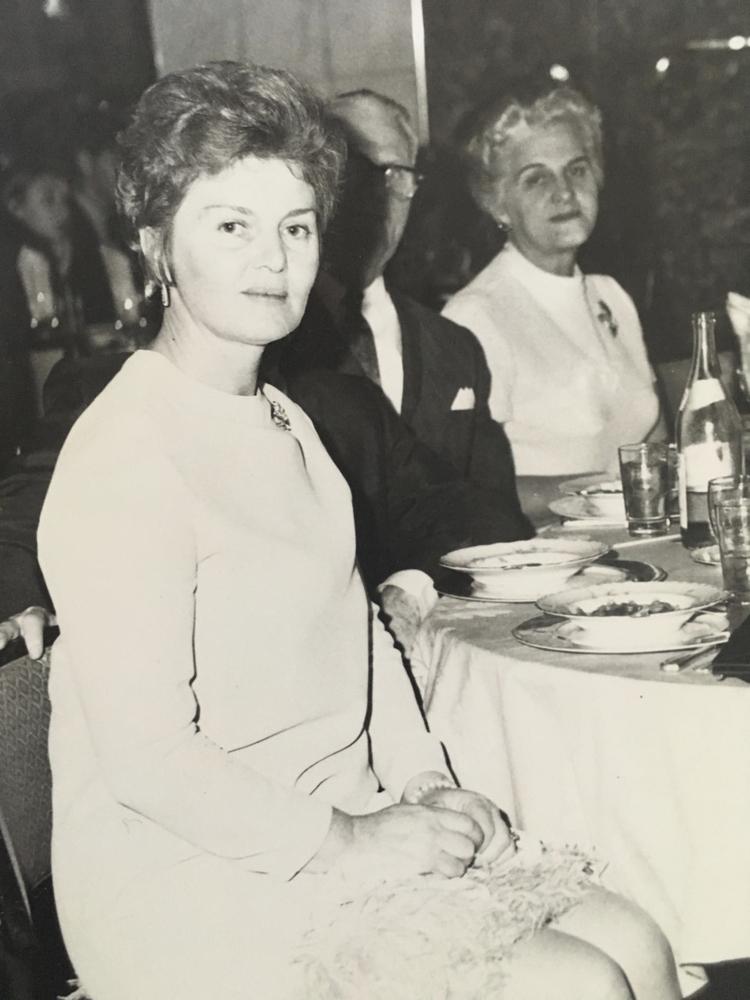 Obituary of Else Andres

Else Marie Andres, 92, passed away peacefully on March 31, 2019 at The Job Haines Home in Bloomfield, New Jersey.

Else, born in 1927, grew up in Odda, at the end of the Hardangar Fjord near Bergen, Norway. In some of the most beautiful scenery on earth, she witnessed the Great Depression followed by the Nazi German occupation. The war years were hard, with poverty and starvation, but as childhood has the ability to turn a blind eye, Else recollected adventures and happiness.

After the war, opportunities were few. She travelled to Sweden, a neutral country unscathed by the conflict, and worked as an au pair for a couple of fine families, the source for many stories she later told her children. In early 1947, she bought passage to America on the ship, Stavanger Fjord, accompanied by her aunt, the youngest of twelve, where her uncle had a delicatessen in the “Little Norway” section of Brooklyn, now Sunset Park.

Else, always an independent spirit, soon struck out on her own and obtained employment in Bay Ridge, Brooklyn at a bakery owned by her future father-in-law. It wasn’t long before she met Stephen, the boss’s son, who was running a satellite food preparation operation, also in Bay Ridge.

They married in September, 1948. Else gave birth to a son, Steven in 1949, Timothy in 1951 and Robert in 1955 while living in Bay Ridge. They moved to a house on eastern leg of Mill Basin, Brooklyn in 1958 where they enjoyed boating from their dock, fishing and exploring Jamaica Bay and beyond.

In 1964, the family moved back to Bay Ridge, Brooklyn, closer to the rapidly expanding catering business Stephen and his father were forging into a very successful operation. During these years, Else devoted herself to her family as a home-maker. And when the boys were grown, she went back to school. After first getting her GED, she attending Staten Island Community College and from there was accepted by Columbia University in NYC.

All the while, Else created art. After Columbia she attended The Art Student’s League in Manhattan, studying under the artist, Knox Martin. Her paintings were featured in several group shows. Around 1969, she and Stephen bought land near Windham, NY, an area they discovered while snow skiing, a skill Else brought from Norway and taught to her sons. They built a small vacation home where they gardened, swam in the pool, fished in the Scoharie River, walked in the mountains and fostered the various dogs or cats their children inevitably deposited with them. Stephen even built a barn with a loft where Else could create.

After Stephen retired in 1986, they divided their time between Bay Ridge and the Catskills until they sold the Brooklyn home. In 1991 they bought a condo in Montclair, NJ near their son, Bob and his family. They sold the Catskills home after 2001. Stephen passed away in 2007. Else lived independently in Montclair until 2017 when she moved to The Job Haines Home in Bloomfield, NJ.

Else is survived by her sons and families of Steven, Timothy and Robert, four grandchildren, two great- grandchildren and her younger sister Gunvor.

In lieu of flowers, donations may be made to the Job Haines Home, 250 Bloomfield Avenue Bloomfield, NJ.

To plant a tree in memory of Else Andres, please visit Tribute Store
Saturday
6
April

Share Your Memory of
Else
Upload Your Memory View All Memories
Be the first to upload a memory!
Share A Memory
Plant a Tree