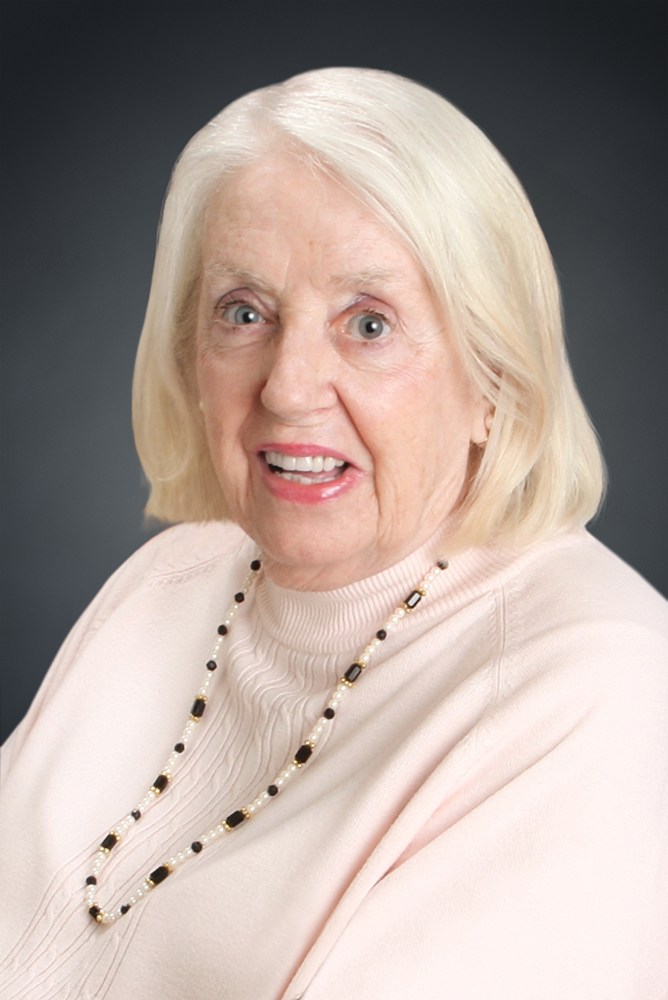 Joan Mary Sharkey Carville, formerly of Upper Montclair, NJ, went to be with the Lord on February 20, 2019.

Joan was born December 28, 1936 to Dominic and Delia Sharkey in Upper Montclair. She graduated from Montclair High School in 1955 and went on to earn a bachelor’s degree in English from Saint Elizabeth College in 1959. She worked as a teacher for several years until she took a position as an administrator at Morgan Guaranty Trust in New York, where she remained for 12 years.

On May 24, 1969, Joan married Gerald Devaney Carville at Saint Cassian Church in Upper Montclair, NJ and they were later blessed with three sons. In 1976, the family moved to Boca Raton, FL where Gerald took a position as Executive Vice President of Lynn University. The family joined Saint Joan of Arc Catholic Church where both Joan and Gerald served as counselors for the Engaged Encounter program there, helping to prepare engaged couples for the Sacrament of Matrimony. Joan also volunteered in the childcare assistance program at the church and was a member of the Parent Association at Saint John Paul High School.

After their sons graduated college and relocated to Los Angeles, CA to work in the film industry, Joan and Gerald traded the Florida sun in for a cooler climate and moved to Columbia, Maryland where they became active members of Saint John the Beloved Catholic Church. Gerald was a member of the Knights of Columbus and Joan would assist alongside the other wives at various K of C events and fundraisers.

Joan is predeceased by her brother, Clifford Sharkey (Anne), and her three sisters, Madeline Sharkey, Mildred (Walter) O’Brien, and Veronica (Daniel) O’Connell. She is survived by her husband Gerald of 49 years, her three sons Gerald D. Jr., Justin (Kelley) and Sean (Karan), her six grandchildren; Reagan, Colt, Braelyn, Brady, Paxton and Aidan Carville and many nieces and nephews, all who loved her dearly.

Joan was blessed with a strong faith in God and was a weekly communicate at Sunday mass. She faithfully prayed the rosary and watched mass on EWTN daily. She always had her stack of prayer cards close by and many of those she loved were the beneficiaries of the numerous prayers she offered each day. Joan will also be remembered for her quiet strength, knowing smile, razor sharp wit and dry sense of humor.

Given Joan’s lifelong caring for others and enduring faith in God, she has undoubtedly earned her place among the communion of saints. We know she will continue to pray for each of us every day.

Visitation will take place at the Hugh M. Moriarty Funeral Home, 76 Park Street, Montclair on Friday, March 1 from 3-6 PM. A Mass of Christian Burial will be celebrated at St. Cassian's Church, 187 Bellevue Avenue, Upper Montclair at 10 a.m. on Saturday, March 2. In lieu of flowers donations may be made to St. Cassian’s Church.  Interment Immaculate Conception Cemetery.

To send flowers to the family or plant a tree in memory of Joan Carville, please visit Tribute Store
Friday
1
March

Share Your Memory of
Joan
Upload Your Memory View All Memories
Be the first to upload a memory!
Share A Memory
Send Flowers