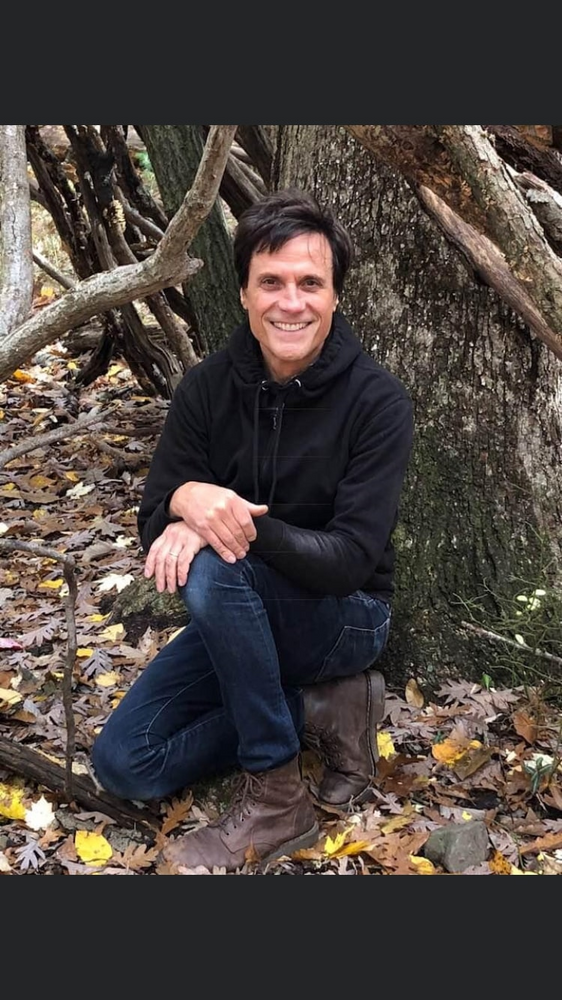 Please share a memory of David to include in a keepsake book for family and friends.
View Tribute Book

David Paul Tannenbaum was born in the Elkins Park neighborhood of Philadelphia, later moving to Cinnaminson, New Jersey, where he and his three sisters were raised. As a child, David worked at his father’s diners as a short-order cook, standing on crates to reach the range. This instilled in him a penchant and talent for food prep. Starting at a young age, he took music lessons — first on the piano, but his fingers were too short, so then on the drums, beginning his lifelong love affair with music. He attended the Alternative School, where he learned inside and outside the classroom, protesting unsafe nuclear power plant projects, teaching incarcerated youth, and playing in beloved local bands such as Reign.

After high school, he spent some time in California as a cook in a vegetarian health food store before returning to the East Coast and eventually landing in New York City. As a young adult, David worked many jobs that utilized his artistic flair: as an art framer, a buyer for a record shop and gem store, and a visual merchandiser for retail outlets like Unique Boutique, Star Magic, and Planet Earth. It was at Canal Jeans, where he created window displays, that he met his wife while she was working there in 1983. They would have celebrated 40 years of togetherness next summer.

David went through many artistic stages in his life. As a musician, David performed as the drummer for numerous rock ‘n’ roll bands, ran a dynamic recording studio, wrote songs, and produced artists. As a photographer, he had his pictures and stationery placed in stores such as Macy’s and Tiffany. During his years in the fashion business, he designed a line of menswear shirts and a line of womenswear jackets and even tried to bring back spats. But one of his most creative acts was raising his two sons and one daughter — a responsibility he took very, very seriously. He was an exceptionally loving father, teaching his kids everything he knew, building up their self-esteem, consoling them in tough moments, and supporting all of their dreams.

As his children moved into adulthood, David’s pride swelled at their accomplishments and the upstanding, responsible, and kind character he helped foster in each of them. As new empty-nesters, he and his wife enjoyed walks through nature, which he loved, frequent trips to beach towns, and quiet evenings reading or watching one of David's many favorite TV shows. They were in the process of planning for their Next Chapter. For David, this meant a whole new career in digital art photography. He bought a new camera just recently and was taking photos of every beautiful flower in his path.

David passed away from heart-related complications due to COVID-19. He is survived with great sorrow by his wife, Adriana, and his three children, Austin, Jake, and Paige, whom he loved fiercely, and who loved him.

All are welcome to go to the Tannenbaum home after the services for light refreshments.

To send flowers to the family or plant a tree in memory of David Tannenbaum, please visit Tribute Store
Sunday
4
December

Share Your Memory of
David
Upload Your Memory View All Memories
Be the first to upload a memory!
Share A Memory
Send Flowers
Plant a Tree