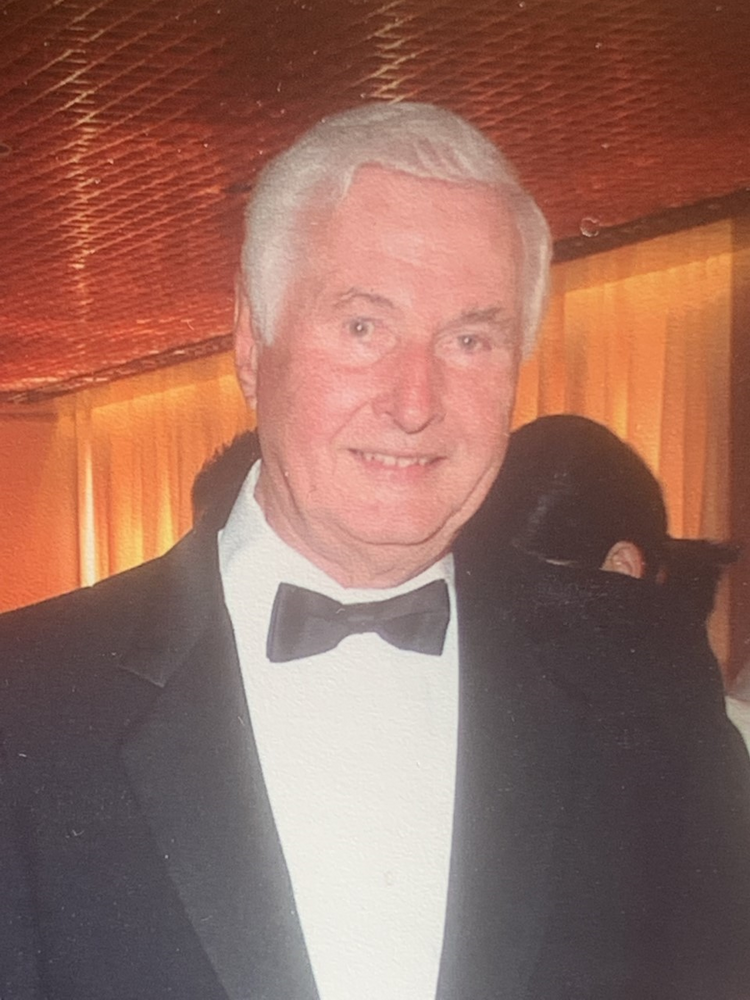 Please share a memory of James to include in a keepsake book for family and friends.
View Tribute Book

Research scientist, devoted husband, father and friend, James “Barry” Johnson died on November 24 in the company of loved ones at his home in Upper Montclair, NJ. He was 91 years old. As a research scientist for Roche Pharmaceuticals he was instrumental in developing numerous life-saving drugs and worked closely with the FDA. “Jim”, as he was only called at work, began his career with Hoffmann La Roche after receiving his Bachelor of Science degree from Seton Hall University. His work spanned both pharmaceutical research and product development and he retired from Roche after 50 years of dedication. His name appears on numerous patents, the names of which have sat in most folks medicine cabinets from time to time. The oldest of three sons, he was born on July 29, 1931 to James Meehan Johnson and Alice Marie Johnson of Bloomfield, NJ. He is predeceased by his parents, and brothers Raymond Douglas and Patrick Daniel. He was a graduate of Seton Hall Preparatory School. He earned his undergraduate degree from Seton Hall University and received both his Masters Degree and Doctorate from Rutgers University. He served in the Army during the Korean Conflict as an MP at the Fort Dix Army Base. He is survived by his wife Barbara of 66 years, formerly Barbara E. Spiess, his daughter, Janet Johnson Smith and his four sons, James, Peter, Andrew and Edward. He is the very proud grandfather of Hunter, Zach, Jake, Danny, Victoria, Vanessa, Abigail, Conner, Bridget, Sarah, Christopher, Nicholas, Tim and Emma. Barry and his loving sweetheart Barbara shared a long life together. They traveled the world, but were happiest at home with their friends and family. The memorial mass will be held at Saint Cassian Roman Catholic Church,187 Bellevue Ave, Upper Montclair, NJ on December 2nd at 10 AM. In lieu of flowers, donations may be made to The Greater New Jersey Chapter of the Alzheimer’s Association. (800) 272-3900.

To send flowers to the family or plant a tree in memory of James Johnson, please visit Tribute Store
Friday
2
December

Share Your Memory of
James
Upload Your Memory View All Memories
Be the first to upload a memory!
Share A Memory
Send Flowers
Plant a Tree